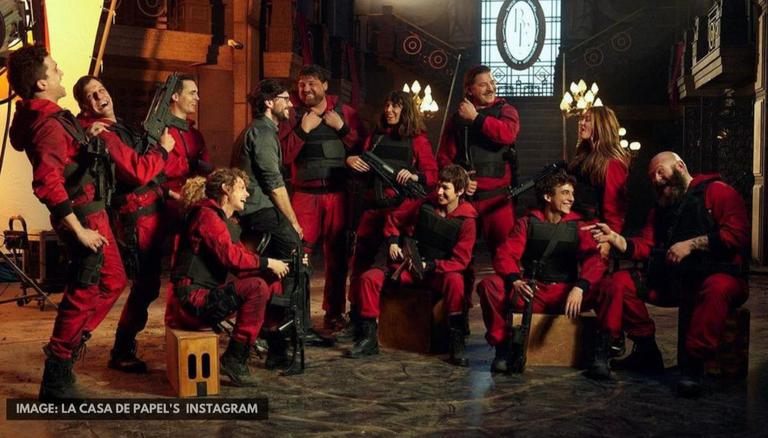 
The highly-popular Netflix series Money Heist Season 5's shoot has been wrapped, revealed the makers on Instagram a couple of days ago. Now, the Spanish crime-drama's co-director, Koldo Serra, took to his Instagram handle and penned a heartfelt note to express his emotions about bidding farewell to the show as well as to his La Casa de Papel family. With the conclusion of Money Heist's fifth and final season, Koldo has learnt the "concept of family" in the past three years and described the "emptiness" that comes with it as "brutal".

Money Heist Season 5's production has been officially wrapped on May 14, 2021. As its much-awaited fifth season also marks the end of this Álex Pina series on Netflix, a couple of Money Heist Season 5 cast members and co-director Koldo Serra shared emotional posts on social media to describe their journey spanning five seasons. In his note on Instagram, filmmaker Koldo opened up about having an "emotional and physical hangover".

Along with sharing a picture of himself from the sets of the show to share a Money Heist Season 5 update with fans, the 46-year-old wrote, "Yesterday, after almost three years, the filming of La Casa de Papel ended, the most brutal, most intense and most beautiful film experience on a professional and personal level that I have ever experienced". He continued, "Having been such a long and intense shoot, the concept of "family" has been more real than ever. The emptiness is brutal." The caption of his IG post also read:

The technical and artistic team we have gone hand in hand in a battle (sometimes literal) from which I only take positive things. Surrounded by the best team in the world, unparalleled actors and actresses, a figure to take off his hat and a crazy desire to learn and improve every day, he would repeat forever. The professional quality of all the departments and casting is undeniable, but what makes this brutal is the human quality that I have encountered. You are all very big, giants. Not in the best of dreams would I have felt so comfortable and clothed. What I take with me is incredible. THANK YOU. And thanks to @vancouvermediaproducciones and especially @jesus_colmenar, @migueamoedo and @ titi231313, for trusting me and letting me be part of their family.