The hit Spanish crime thriller series Money Heist is all set to return to Netflix for season 5. Recently, Money Heist's Raquel, played by actress Itziar Ituño, took to her Instagram and announced that she had completed shooting for Money Heist season 5, rousing fans' curiosity and excitement.

After having 4 successful seasons on Netflix, the Spanish show Money Heist, also known as La Casa de Papel, is set to return for a 5th season. Actress Itziar Ituño, who plays the character of Raquel/Lisbon, shared a series of pictures on her Instagram and announced that she had completed the shoot for season 5. The actress also bid farewell to her character Raquel/Lisbon through her post. The pictures included the actress in a mask holding a basket of roses and stills of the actress from the show. While sharing the pictures, the actress wrote, "What a trip" in her captions along with a note written in Spanish. 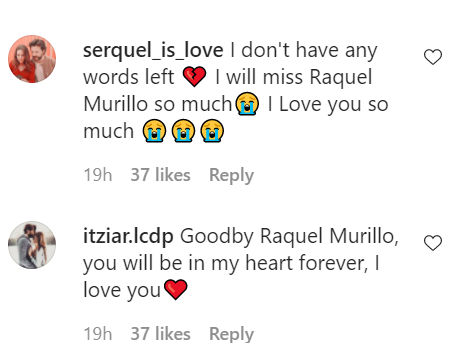 Fans quickly reacted to the actress' post and filled the comment section. One fan wrote that they would miss Raquel in the show and they did not have words to convey their sadness. Another fan left a comment and said goodbye to Raquel and wrote that she will always be in their hearts. One left a comment saying that they won't say goodbye to the character until they have watched the finale of the new season. Another fan wrote that the actress took them through an amazing story and it was definitely a good journey.

READ | 'Money Heist': Here's when the final season of the show is expected to release

Money Heist cast includes actors like Úrsula Corberó, Álvaro Morte, Pedro Alonso, Paco Tous, Itziar Ituño, Alba Flores, Miguel Herrán and Jaime Lorente. The plot of the show follows around a mysterious man known as "The Professor" who enlists a group of eight people, who choose cities for code-names, to carry out a grand plan that involves entering the Royal Mint of Spain, and leaving with €2.6 billion. After taking 67 people captive inside the Mint, the team plans to remain inside for 11 days to print the money as they deal with police forces. In the events succeeding the first heist, the group members are forced out of hiding and find themselves planning for a second heist, this time in the Bank of Spain, as they again deal with hostages and police forces.