With the second part of Money Heist season 5 right around the corner, Spotify and Netflix have collaborated to get fans excited about the upcoming season. 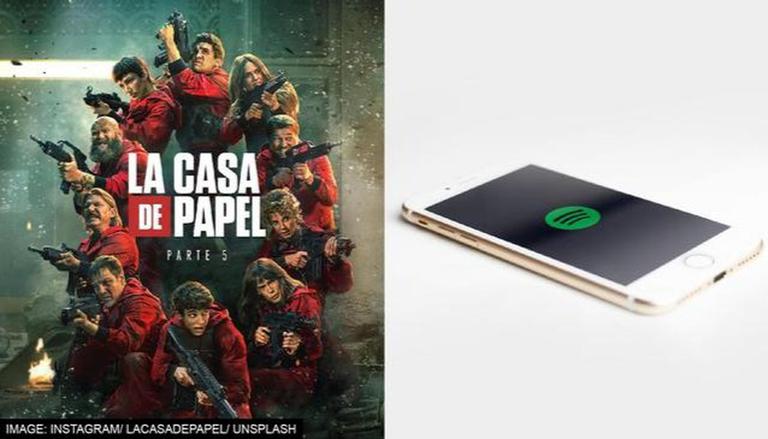 
With the second part of Money Heist season 5 right around the corner, Spotify and Netflix have collaborated to get fans excited about the upcoming season in a unique way. Fans can now find specially curated playlists with their favourite character's top songs. With nine playlists in total, fans can gear up for the upcoming season, which will stream on Netflix on December 3.

Money Heist fans can now listen to nice of the Professor's gang member's favourite songs on Spotify as they await the final part of the crime drama. The nine characters who got their own curated playlists include the Professor, Tokyo, Berlin, Rio, Stockholm, Lisbon, Marseille, Denver, and Alicia Sierra. This is not the first time the music platform has joined hands with Netflix. It had earlier launched curated playlists for characters from the supernatural drama Lucifer.

Úrsula Corberó's character's playlist is titled 'Tokyo's party mix' and it contains some of the most iconic and foot-tapping songs ever. Some of the numbers include Crazy in Love by Beyoncé and Jay-Z, Gwen Stefani and Eve's Rich Girl and many more. The Money Heist character also appears to be a fan of Britney Spears.

Pedro Alonso's character has a curated playlist titled 'Berlin's Classy Vibes' and contains some popular hit numbers, that music lovers surely cannot do without. Some of the actor's favourite tracks appear to be Ti Amo by Umberto Tozzi, The Crystals' iconic Then He Kissed Me and also The Beatles' Happiness is a Warm Gun. The actor also included the fan-favourite track from the show, Bella Ciao. Just like these, there are another seven special playlists awaiting fans on the music streaming platform.

An all-new poster for the upcoming season was recently unveiled. It saw the Professor and his team in their iconic red jumpsuits. The gang could be seen standing in a circle with guns and includes the professor right in front. Fans wonder what fate will hold for the mich-loved group and await the release of the second part of season 5.