'Never Have I Ever Season 3': All You Need To Know About Release Date, Storyline & Cast

‘Never Have I Ever’ is one of the popular TV series that began airing in 2020 and has recently completed the second season. Check updates on its renewal. 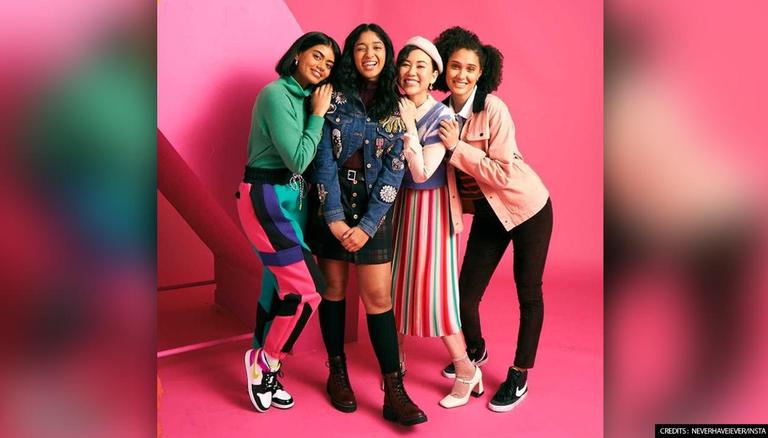 
Never Have I Ever is a popular American coming-of-age tv series created by one of the phenomenal American artists, Mindy Kaling. The plot of the series is loosely based on the life of Mindy and has received amazing reviews from the fans

When does season 3 of Never Have I Ever come out?

Never Have I Ever season 1 was released on April 27, 2020, and became a massive hit among the fans and it led to the renewal of the show with a second season that premiered on Netflix recently on July 1, 2021. As the finale episode of the second season premiered on July 15, 2021, the fans have been speculating on the renewal of the show for season 3. Though there hasn’t been any official announcement about when does season 3 of Never Have I Ever comes out, but it might get a renewal date in 2022 as the first two seasons received positive reviews from the audiences.

The storyline of Never Have I Ever

Never Have I Ever depicts the childhood of the creator of the series, Mindy Kaling, and follows her life as an Indian-American girl who has to deal with high-school drama post her father’s death. The story continues on how the 15-year-old teenage girl is shocked by her father’s death, experiences a terrible first year at high school, and finally decides to change her social status.

A post shared by Never Have I Ever (@neverhaveiever)

Never Have I Ever Season 3 cast

While the makers have not made any official announcement about Never Have I Ever Season 3 cast, some of the cast members that are likely to reprise their roles are namely, Maitreyi Ramakrishnan as Devi, Darren Barnet as Paxton, Ramona Young as Eleanor, Jaren Lewison as Ben, Lee Rodriguez as Fabiola, Poorna Jagannathan as Nalini, Megan Suri as Aneesa, Richa Moorjani as Kamala, John McEnroe as Devi's narrator, Sendhil Ramamurthy as Mohan, Devi's dad, Christina Kartchner as Eve, Rushi Kota as Prashant, etc.

Some of the other popular actors who essayed significant roles in the series include Benjamin Norris, Cocoa Brown, Martin Martinez, Eddie Liu, Dino Petrera, Markus Jorgensen, and Tyler Alvarez, among others.

A post shared by Never Have I Ever (@neverhaveiever)

What will happen in Never Have I Ever Season 3?

READ | Never Have I Ever Season 2 Early Review: Fans face dilemma because of Devi's love decision
READ | 'Never Have I Ever': Maitrayi Ramakrishnan tries to guess Indian slangs with her co-stars