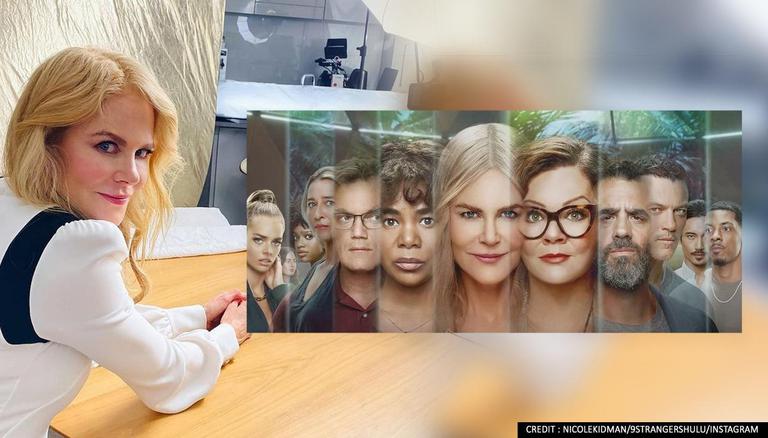 
Nicole Kidman recently admitted how she stayed in character as a wellness resort director for five months, while shooting her upcoming Hulu drama series, Nine Perfect Strangers. Kidman who has appeared in a number of movies and tv shows over the course of her career has been the recipient of several prestigious awards including an Academy Award for Best Actress. Here's what Kidman had to say about her most recent role -

Nine Perfect Strangers premieres on August 18, on Hulu, to air on Amazon Prime in India

Nicole Kidman was Masha from 'Nine Perfect Strangers' in real life for 5 months?

While appearing on a TCA panel, Nicole Kidman recently revealed how she was a method actor while filming for Nine Perfect Strangers. She said:

I'd only respond as Masha. I wanted a very calm healing energy to emanate all the time so I remember going over to people and sort of putting my hand on their heart, holding their hand, they would talk to me or use my name Nicole when I would completely ignore them.

While speaking about the upcoming Hulu show, Nicole Kidman expressed how it was "trippy," and that she had no idea what genre it fell under saying, "When people say define what it is, we still can’t, I mean I dare you to ask any of us, what genre this is, we have no idea." While speaking about her experience, she mentioned how she's always done US shows with only one director at the helm, who in this case was Jonathan Levine.

I see it as an Extension of film it’s just a longer version. I haven’t actually done a show where you have different directors coming in and doing different episodes so for me it’s more like that extended cinematic storytelling. At the same time, I started off in Australia, doing mini-series which is the equivalent of limited series… so I’ve always embraced it. I just think now it’s such a fantastic landscape because you have these writers and directors who are willing to work in this in this territory.

Melissa McCarthy, who plays the role of Francis, also added to the conversation. She spoke about starring in a show longer than expected since she continued to star in Mike & Molly even after her success in Bridesmaids. McCarthy said:

When you can play a character longer, you don’t have to take everything out you can really get a long launchpad for a change. You can go from A to Z when you have three years of a show that you mean you just you couldn’t quite compact the same way in a film. It’s just the luxury of having more time to tell that story, and to show real changes is exciting for me.

Based on The New York Times bestselling book by author Liane Moriarty, “Nine Perfect Strangers” takes place at a boutique health-and-wellness resort that promises healing and transformation as nine stressed city dwellers try to get on a path to a better way of living. Watching over them during this 10-day retreat is the resort's director, Masha, a woman on a mission to reinvigorate their tired minds and bodies. However, these nine “perfect” strangers have no idea what is about to hit them.