Nushrratt Bharuccha is currently gearing up to step into the world of horror with her upcoming release, 'Chhorii', whose trailer released on Tuesday. 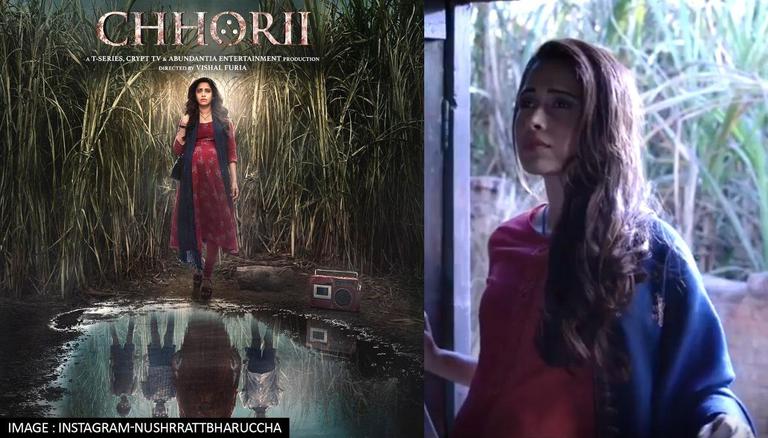 
Nushrratt Bharuccha is currently gearing up to step into the world of horror with her upcoming release, Chhorii. The trailer of the film released on Tuesday and promised to be a thrilling watch. Directed by Vishal Furia, the film will get a digital release via Amazon Prime Video on November 26.

The much-awaited trailer of the Amazon Original released on Tuesday and left fans at the edge of their seats. The film is a Hindi remake of an award-winning and critically acclaimed Marathi film, titled Lapachhapi. The film will see Mita Vashisht, Rajesh Jais, Saurabh Goyal, and Yaaneea Bharadwaj take on pivotal roles alongside Nushrratt Bharuccha.

Bharuccha can be seen playing the role of Sakshi in the film, and steps into the shoes of a pregnant woman. The trailer has several moments that will be sure to have viewers' hearts skip a few beats. The trailer also includes two moments when the music fades into silence and a sudden sound is heard, taking the film's thrill factor up a few notches. The trailer also raises several questions and viewers are left wondering if Sakshi will be able to save her life and her unborn child.

According to a media statement, Nushrratt Bharuccha mentioned that shooting the film was a 'daunting-yet-exciting experience'. She mentioned that the Chhorii trailer is only a 'sneak peek of a bigger horror that is set to unravel' and mentioned that she cannot wait to see how viewers react to her debut in the horror genre.

The film will be helmed by Vishal Furia, who mentioned that Chhorii is a 'uniquely Indian story waiting to be told to a global audience'. The director also spoke to Republic Media Network in an exclusive interview and called his upcoming project a 'classic horror film'. He also stated that he wishes to highlight 'social evil' through the plot of the film and urgent viewers to encourage the genre. Speaking about how the idea of the film came into being, he said -

“The idea was to use this genre to tell a story about something different. It is meant to be an effective, classic horror film, and not a  horror-comedy film. I wished to use the horror genre for effective storytelling and to drill into the minds of the audience a certain social evil that exists in today’s society. That is where the story began to germinate and was written, with that message fitting into the story organically.”