'Outlander' Season 6 has been given its first look by Starz. The sixth season will consist of eight episodes and will be based on the sixth novel in the series. 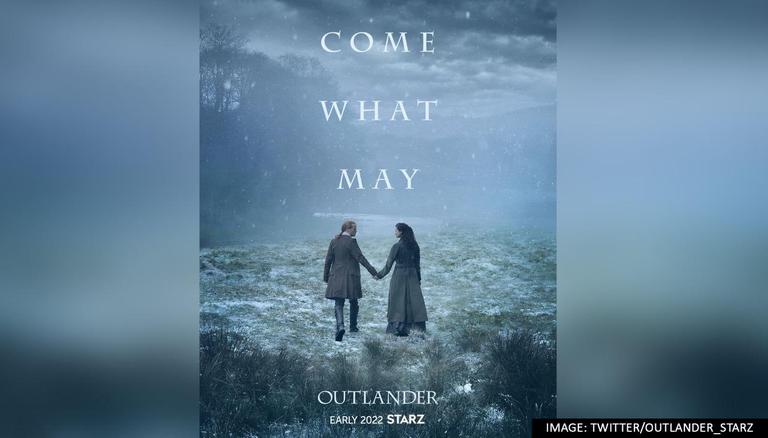 
Season 6 of Outlander's first look is out. The sixth season will consist of eight episodes and will be based on the sixth novel in author Diana Gabaldon's A Breath of Snow and Ashes series. The trailer features many of the show's fan-favourite characters, including Jamie (Sam Heughan) and Claire Fraser (Caitriona Balfe), as well as couples like Brianna (Sophie Skelton) and Roger Mackenzie (Richard Rankin) and Jamie's nephew Ian (John Bell), who appears to be Malva Christie (Jessica Reynolds), a young member of a family in the show.

Claire and Jamie's lives in North Carolina on their farm of Fraser's Ridge will be the focus of Season 6, as they strive to safeguard their house from the inescapable Revolutionary War. Jamie will have to choose between his loyalty to the British troops and his desire to embrace true freedom in the New World and fight alongside the rebels. Claire and Jamie's quest to protect those they love continues in the sixth season of Outlander as they endure the hardships and difficulties of life in colonial America. Creating a home in the New World is no simple undertaking, especially in North Carolina's rugged backcountry and, perhaps most importantly, during a period of enormous political upheaval.

The Frasers struggle for peace and prosperity in a society that is unwittingly heading toward revolution, as Claire knows all too well. Claire and Jamie have constructed a house together at Fraser's Ridge against this backdrop, which signals the creation of the new American nation. They have to safeguard their home, which was built on land handed to them by the Crown, not just from outside forces, but also from the growing discord and violence inside the community they are responsible for. Home is more than just a place to dwell for the Frasers and their immediate family; it is the place where they are establishing the groundwork for the rest of their life.

Without further ado, may I present the official teaser for #Outlander Season 6! pic.twitter.com/sBF9HEWYRJ

The drama, based on Diana Gabaldon's seventh book An Echo in the Bone, has already been renewed for a seventh season by Starz. Season 7 was originally ordered with a total of 12 episodes, however, it will be expanded to 16 episodes to compensate for Season 6's shorter run time. Executive producers are Ronald D. Moore, Matthew B. Roberts, Maril Davis, Toni Graphia, Andy Harries, and Jim Kohlberg. Tall Ship Productions, Left Bank Pictures, and Story Mining & Supply Company, in collaboration with Sony Pictures Television, are producing Outlander. Season 6 of Outlander will launch on Starz in early 2022, with a release date for Season 7 yet to be determined.

READ | 'Outlander' to return to its seventh season; here's all you need to know about the series

Two against the world. #Outlander pic.twitter.com/PSBsqiGYcn

WE RECOMMEND
How many episodes are there in Outlander Season 4? Netflix finally takes up the new season
Where is Outlander season 4 filmed? Is the drama series available on Netflix?
Karen Gillan of GOTG binges on Outlander, Sam Heughan offers her a "wee" role on the show
Sam Heughan urges 'Outlander' fans to respect historic shooting locations of the show
'Outlander' to return to its seventh season; here's all you need to know about the series
Listen to the latest songs, only on JioSaavn.com