Pamela Adlon’s comedy-drama 'Better Things' is set to end with its fifth season. The FX's TV series is based on a divorced actor raising her three daughters 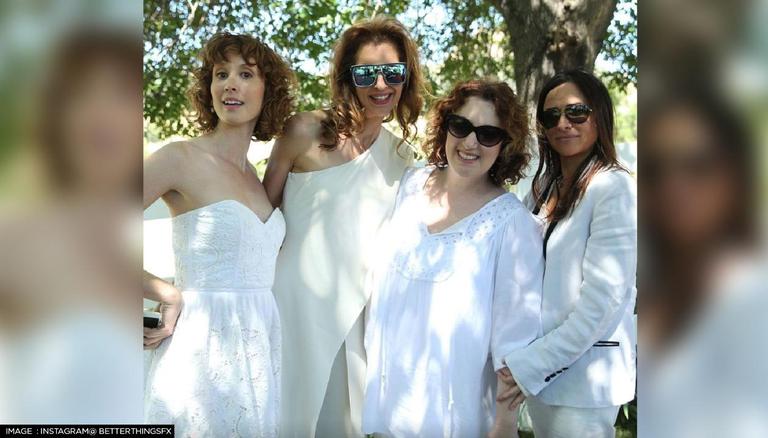 
American comedy-drama Better Things is set to let the curtains fall after its upcoming fifth season. Pamela Adlon's TV series, which is currently filming its finale, which is to be premiered in 2022, has been a critical hit since its inception, with first four seasons holding an average critical rating of 97% on Rotten Tomatoes. The show was renewed for its concluding season in July 2020.

FX's series is centred on Sam Fox (played by Aldon), an actor and a single mother, fending for her three daughters, namely Max, Frankie and Duke, played by Mikey Madison, Hannah Alligood and Olivia Edward respectively. She also looks after her English expat mother Phil (played by Celia Imrie), who lives across the street. Apart from them, Diedrich Bader, Alysia Reiner, and Rebecca Metz also helm pivotal roles in the series.

In a statement to Deadline, Pamela Adlon expressed gratitude to the TV channel for allowing her to tell stories based on her worldview as well as how she 'wants the world to be seen'. Adding that the show's making has been nothing short of a 'film school for her', she expressed excitement about the audiences 'discovering and re-discovering' the TV series. The show follows Adlon's journey as she tries to strike a balance between earning a living, stay up abreast with her daughters' changing lives as well as paving her own path.

Owing to its popularity, the show not only bagged a Peabody Award in 2016, but Adlon was also nominated for the Primetime Emmy Award for Outstanding Lead Actress in a Comedy Series in both 2017 and 2018 as well as the Golden Globe Awards for the Best Performance in a Television Series - Musical or Comedy in 2018. The series has been created by Adlon along with Louis C.K. Adlon, who has also produced and written the series. In a previous announcement, Adlon has also signed an overall deal with FX to develop 'scripted and unscripted programming'.

Apart from this, other comedy series airing on FX include Atlanta, Dave, What We Do in the Shadows, Reservation Dogs, as well as Breeders.