Taking to Instagram, Paris Hilton recently announced her upcoming wedding docu-series and revealed the premiere date with her fans. 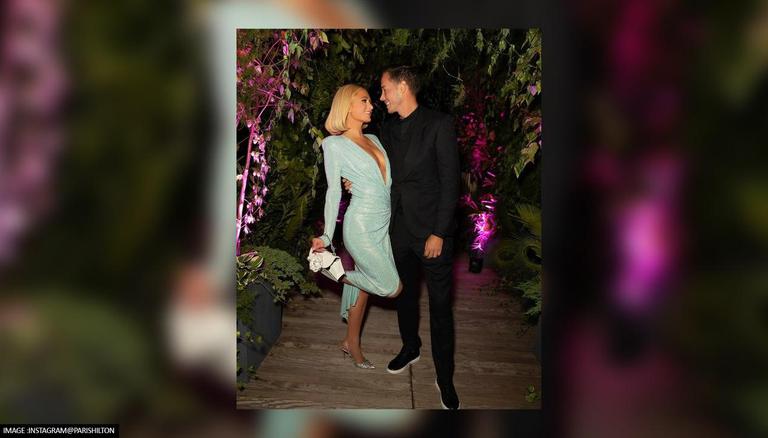 
As the fans have been awaiting the news about Paris Hilton and Carter Reum's wedding, the artist recently shared a glimpse of their wedding docu-series and unveiled the release date of the show, Paris in Love.

Paris Hilton announced her engagement with Carter Reum on social media a while ago and left the fans thrilled and curious about their wedding plans.

Paris Hilton recently took to her official Instagram handle and shared the trailer of her upcoming wedding docu-series titled, Paris in Love. The trailer begins with Carter Reum proposing to Paris Hilton while sitting on one knee when the latter gets excited and kisses him. It further gives glimpses of their friends and family congratulating them on their engagement while Hilton's girlfriends express their amazement by seeing her engagement ring. Later in the trailer, Carter Reum is seen expressing his feeling about marrying Paris Hilton while the rest of the trailer gives a sneak peek at their wedding preparations.

Through the caption, she invites all her fans to her new show, Paris in Love and stated that she was quite excited to share her love story with all of them. She also unveiled the release date of the show stating that it will be premiered on Peacock TV on November 11, 2021. The caption read, "You are cordially invited! My new show #ParisinLove premieres on November 11 on @PeacockTV. I am so excited to share my love story with you all![sic]."

Many celebrity artists took to Paris Hilton's official Instagram handle and reacted to the latest announcement. Artists namely Nicky Hilton, Jocelyn, Jasmine Sanders, Kathy Hilton, Jedet and others took to the comments section and poured hearts and heart-eyed emojis to depict how thrilled they were while many others stated that were excited to watch her upcoming new show. Take a look at some of the reactions to the Paris Hilton new show announcement. 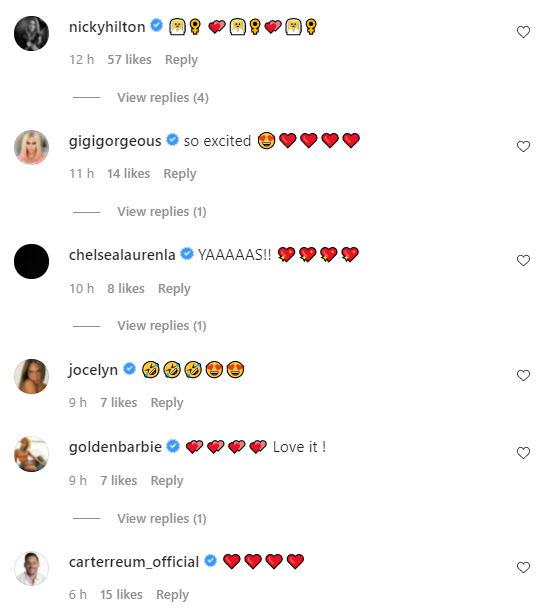 Paris in Love will be a 13 part wedding show that will follow Paris Hilton's journey from prepping for her wedding to finally getting married to Carter Reum. The show is being executive produced by Mike Darnell, Lisa Shannon, Andrea Metz, Dan Peirson, Bridgette Theriault, Perry Dance, Paris Hilton and Bruce Gersh with Warner Bros. Unscripted Television in association with Shed Media, Telepictures and Slivington Manor Entertainment.

WE RECOMMEND
Paris Hilton calls for reforms in US youth care facilities, recalls abuse suffered as teen
Paris Hilton enjoys 'pink sunsets' with fiancé, says 'excited to spend each one with you'
Paris Hilton reveals she dated actor Eddie Furlong as teen for "8 months"
Paris Hilton poses with flowers on her engagement; teases about her 'wedding journey'
Paris Hilton arrives in style in cute pink convertible at MTV Video Music Awards ceremony
Listen to the latest songs, only on JioSaavn.com