Yesteryear Bollywood divas, Poonam Dhillon and Padmini Kolhapure are all set to take a digital plunge with Dil Bekaraar which will release on November 26. 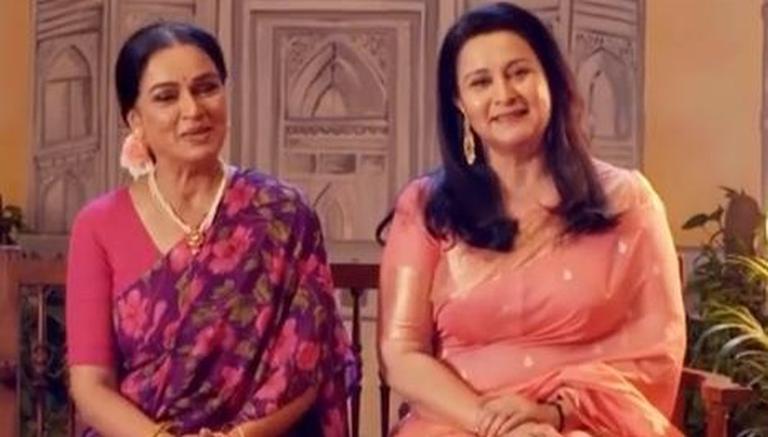 Taking to the photo-sharing platform, Disney+ Hotstar posted a video where Poonam Dhillon and Padmini Kolhapure can be seen introducing themselves and their upcoming debut web series. In the video, the stars can be seen saying, "Gen Z ke liye kahe toh (we are) #80sBollywood #Superstars. Aapne hamari kuch filmein toh zarur dekhi hogi (you might have watched our few films at least), Sohni Mahiwal, Noorie. Aur inki filmein (and her films), Zamaane Ko Dikhna Hai, Premrog. Oh Wow! Agar wo filmein aaj release hoti na, toh uspe dance reels zarur banti this (If today those films had been released, many dance reels would have made on it). 80s ki films ka mazaa hi kuch alag tha (80s films had their own funs).

Dhillon is known for her stint in films like Noorie, Red Rose, Sohni Mahiwal, Teri Meherbaniyan, and Karma, while Kolhapure is known for Souten, Pyar Jhukta Nahin, Insaf Ka Tarazu, and others. Set in the 80s, the Disney+ Hotstar series is a sweet and sour story of Delhi’s Thakur family which is helmed by Habib Faisal. In the series, Dhillon will be seen portraying the role of a mother of five daughters. The series will be premiering on the site from November 26.

WE RECOMMEND
'Dil Bekaraar': Raj Babbar, Padmini Kolhapure starrer Hotstar Special teaser out; WATCH
EXCLUSIVE: Ruchi Malviya says, ‘Poonam Dhillon is a changed person’ in front of the camera
Poonam Dhillon proud of son Anmol Thakeria Dhillon for bagging his debut film 'on merit'
Padmini Kolhapure on working with niece Shraddha Kapoor: 'I get offers to work with her'
Unseen Pic of the Day: Poonam Dhillon, Anita Raaj and Padmini Kolhapure dashing in denims
Listen to the latest songs, only on JioSaavn.com