Pratik Gandhi is all set to star in Guneet Monga's Sikhya Entertainment film, 'Shimmy', a story that the actor states has 'touched him deeply'. 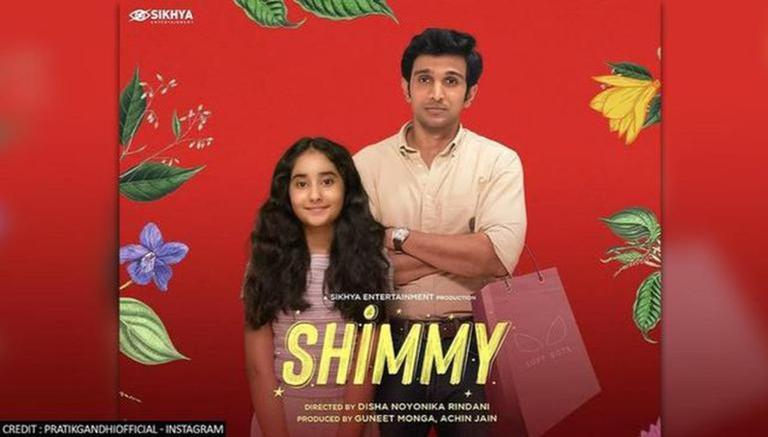 
Pratik Gandhi, who thrilled audiences with his performance in Scam 1992, is now ready to raise the bar with the short film Shimmy, the trailer of which was released today. The film will showcase the intricate relationship of a father and daughter duo as they settle into their new reality. Pratik will be playing father to his young co-star Chahat Tewani, and the one and a half minute clip showcases their journey on a particularly hard day.

The movie will premiere on the 17th of September on Amazon mini TV and is being backed by Guneet Monga's Sikhya Entertainment. In a recent ANI report, Pratik opened up about his takeaways from the project, adding he feels 'blessed' that Shimmy found him. The movie marks Guneet Monga's first union with Amazon mini TV for a repertoire of short films and was announced by the makers on their social media handles on September 14.

Talking about his decision to pick the role, Gandhi mentioned how the story had a deep impact on him, and Shimmy provided the perfect outlet for the actor to embark on another experiment. "I got to play around a lot internally as an actor' he added. His character Anmol will be dealing with the problems of his teenage daughter, helmed by Tewani. "Amol is a very relatable character going through an unknown curve as a parent of a teenage daughter.", he said.

The project is being helmed by Disha Noyonika Rindani, who has previously co-penned A Death in the Gunj and will also star Bhamini Oza Gandhi in a pivotal role. The movie is backed by Sikhya Entertainment, which has movies like Pagglait, The Lunchbox, and Masaan to its credits.

Revealing the first look poster from the film, Pratik took to Instagram and wrote, "My new film is here! Shimmy releases on the 17th of September on Amazon mini TV, a beautiful story about a father and his daughter travelling to some uncomfortable destinations! Don’t forget to watch Shimmy only on Amazon mini TV on the Amazon Shopping app! Download now and get ready!"

In an earlier conversation with ANI, Guneet Monga said, "Short format content is one of the most exciting ways to collaborate with fresh talent. At Sikhya, we thoroughly enjoy discovering and empowering upcoming young filmmakers and technicians." She also expressed excitement about presenting 'captivating homegrown narratives' with mini TV, Amazon's free video entertainment service.