As the release date of ‘Money Heist​​​​​​​’ 5 part 2 draws near, a clip from the upcoming season has gone viral, making fans curious about the upcoming part. 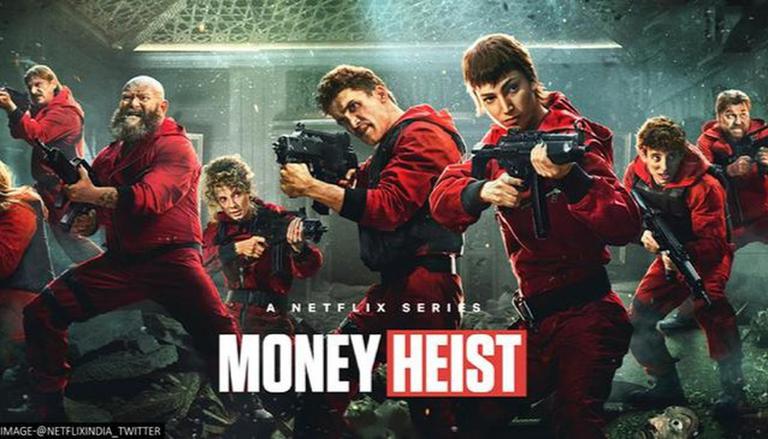 
As the release date of the Netflix show Money Heist 5 part 2 draws near, a clip from the upcoming season's second stint has gone viral, making fans wonder what the next part of the crime drama has in store for them. In the clip, the Professor played the famous Alvaro Morte and Marseille, whose role is taken on by Luka Peros are seen chasing a car. It is then revealed that the ex-cop, Alicia Sierra is in the car with her newborn. Money Heist 5 part 2 will release on Netflix on December 3.

Although fans began to wonder if Alicia Sierra, played by Najwa Nimri and The Professor would join forces for the rest of the heist, the viral clip on social media proves them wrong. The video features Professor saying, “The rest of the heist is all tied up and gagged,” as he and Alicia have an argument about the heist. The clip also showed fans an intense scene, when Marseille and Alicia’s cars are about to collide and Alicia asks him to move. She says, "If you don’t, you’ll kill a mom and a baby. And you’re no murderer. I saw how you held her." Marseille then moves out of her way, while she shoots a few bullets in the direction of his tyre. This brings Marseille's car to a halt and ends the car chase.

It is still unclear if the viral scene is a deleted one or if it will feature in the upcoming season. On seeing the clip fans also wonder how Alicia broke free from the stormwater tank, where she was at the end of the first part of the season. They also wonder with Marseille's car is damaged, if the Professor will manage to catch her. The first five episodes of the fifth season saw bloodshed and turmoil, and fans eagerly wait for the release of the next part in December. The first part of the season finale ended with Tokyo, whose role is taken on by Ursula Corbero, sacrificing her life for the gang, as they are being attacked by Sagasta's army.