Actor Raashi Khanna launches #BeTheMiracle' campaign to help people around the nation who are suffering from starvation in the Covid-19 pandemic. 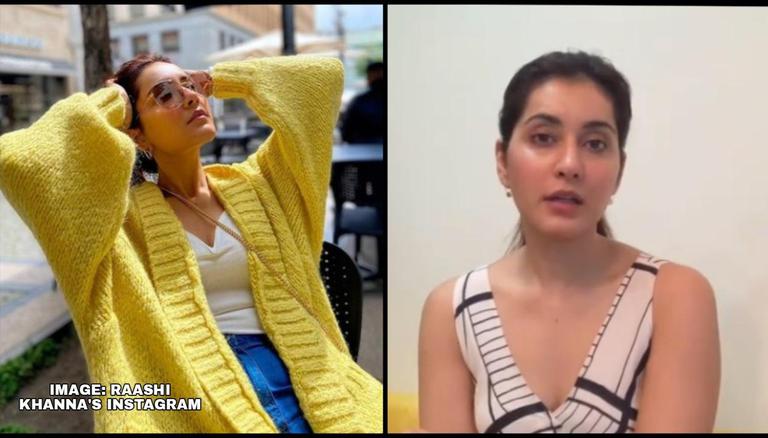 
As India is facing the second wave of the Covid-19 pandemic, people in rural areas are facing major health crises during this time. South Indian actor Raashi Khanna has been taking steps to help the poor who have been facing starvation. The Madras Cafe actor launched an initiative called '#BeTheMiracle' to urge people to donate money to the roti bank that will help to feed several needy people around India.

Raashi Khanna's 'Be The Miracle' initiative to help the poor

Raashi Khanna took to her Twitter handle on Tuesday, June 9, to raise awareness about her campaign. In the video, the actor was seen speaking in Hindi, "Right now in India, the Coronavirus has left many people on the brink of starvation. There are a lot of poor people who have lost their livelihood and many people have lost their salaries as well as their jobs." She added, "The situation is so bad that people don't even get to eat once a day. Before this pandemic what if this hunger will take away their lives." She continued that the aid agencies are running out of funds and so she has personally been spending time with the roti bank and they have been tirelessly working to provide meals to hungry people. She says 'now they need our help and it was time to open our hearts.' She ends by saying 'if you cannot feed a hundred people then at least feed one.'

Raashi Khanna also took to her Instagram handle yesterday, to urge people to donate for her '#BeTheMirable' initiative. In the post, she added images of her campaign and one of the photos read, "Donate one meal for Rs. 40. Every bit of your love and support will help Roti Bank feed more families."  She wrote in the caption, "During this second wave, more and more families are struggling with hunger. Organizations like @rotibankhyderabad have been at the forefront, providing freshly prepared meals to the poorest communities. And at just Rs. 40, you can help them feed one more hungry stomach. I have chosen to support the amazing work being done by the Roti Bank and if you can, please support them too."