Samantha Akkineni disabled comments on her 'The Family Man 2' post amid the controversy over the portrayal of Tamils. She, however, shared a milestone for it. 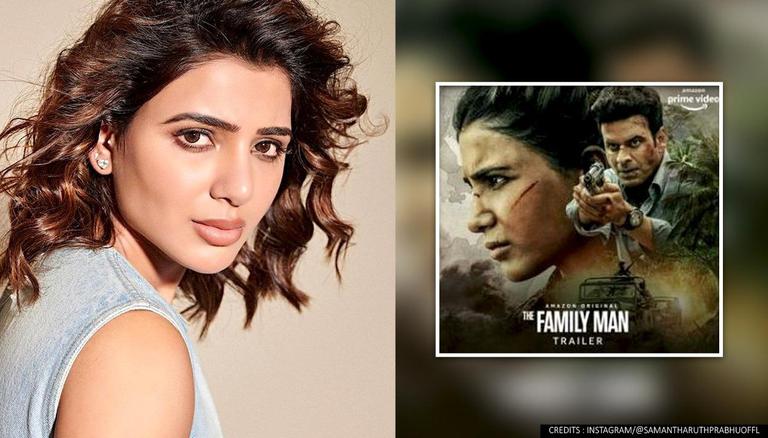 
Samantha Akkineni has been at the center of a storm in the wake of the row involving her character in The Family Man 2. However, she has continued to maintain silence over the controversy, only sharing a cryptic note and exulting over the number of views on it till now. The actor seems to be preferring silence on her post too, as she turned off comments on it.

Samantha Akkineni turns off comments on The Family Man 2 post

A day before the trailer of The Family Man 2 trailer was released, on May 18, Samantha had shared the poster and written ‘we’re ready for you.’ The actor seemed to be receiving a lot of negative comments on the post, as one can no longer comment, as the actress disabled comments on it.

Nevertheless, she put out a post on her Instagram stories on Monday, on the trailer garnering 40 million views in the span of just four days. 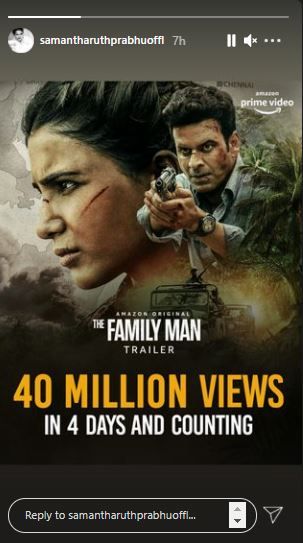 Previously, the Mersal star had shared a cryptic note on ‘keep calm and have faith’ amid the controversies.

In the trailer, Samantha is seen as a Tamil soldier of an organisation, allegedly modelled on the LTTE, that was involved in the decades-long Sri Lankan civil war. The glimpses of her character Raji had instantly infuriated a section of Tamilians, who alleged that the makers had portrayed Tamilians a ‘’terrorists’, that the series was ‘anti Tamilians’.and that the now defunct organisation was shown in poor light.

After netizens trended hashtags like ‘Family Man 2 against Tamils’, two politicians, NTK founder Seeman and Rajya Sabha MP Vaiko have also expressed their displeasure on the show and demanded its ban.

The Family Man 2 has been created and directed by Raj & DK and stars Manoj Bajpayee as an intelligence officer, tasked with the mission involving Raji’s outfit, The series streams on Amazon Prime on June 4.