Samantha Akkineni shared 'The Family Man 2' makers' statement about the ongoing assumptions made based on 'just a couple of shots' in the trailer. Read here. 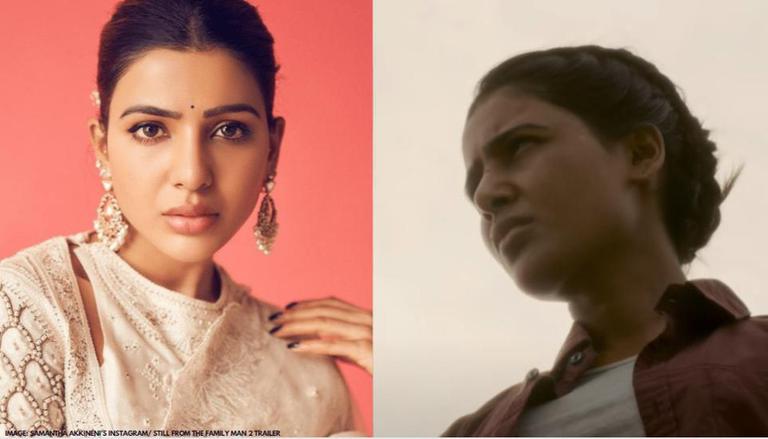 
Recently, the Tamil Nadu government lodged a strong protest with the Ministry of Information and Broadcasting against the web series produced by Amazon Prime India titled The Family Man Season 2. Amid growing controversies revolving around how the trailer has hurt the sentiments of ‘Tamilians’, the makers released a statement on Tuesday which was then shared by actor Samantha Akkineni.

In the lengthy note, the makers of the show, Raj and DK wrote that some assumptions and impressions have been made by people based on “just a couple of shots in the trailer.” The makers informed people that many of their lead cast members and key members of the creative and writing team are Tamilians.

“We are very cognizant of the sentiments of the Tamil people and Tamil culture and have nothing but the utmost love and respect towards our Tamil people. We have put in years of hard work into this show, and we have taken great pains to bring to our audiences a sensitive, balanced, and riveting story- much like we did in Season 1 of the show,” they added.

Not only this, the makers also requested viewers to wait and watch the show once it releases and affirmed that they know the audience will love it after they've watched it. The show, also starring Manoj Bajpayee, Priyamani, Shreya Dhanwanthary, Sunny Hinduja, Sharad Kelkar, Dalip Tahil, Seema Biswas, Asif Sattar Basra, Shahab Ali, Ravindra Vijay, is slated to release on June 4, 2021, in Hindi, Tamil, Telugu, on the digital streaming platform. 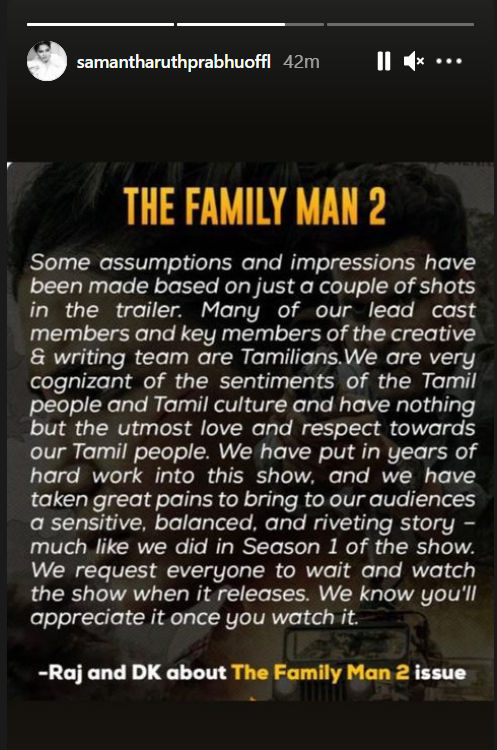 After the trailer was released, a bunch of netizens trended hashtags like ‘Family Man 2 against Tamils’. A scene portrayed by actor Samantha Akkineni hurt the sentiments of many who went on to call the show ‘Anti-Tamilian.’ The Majili actor also turned off the comments on her post that she had shared last week. Meanwhile, she recently posted a cryptic note on ‘keeping calm and having faith’ amid the controversies. Apart from this, Samantha has Vignesh Shivan's upcoming direction, Kaathu Vaakula Rendu Kadhal, lined up.