In an exclusive chat with RepublicWorld, Sandeepa Dhar opens about the grilling dance preparation she had to undergo for her latest series 'Chattis aur Maina'

Written By
Jui B Pande 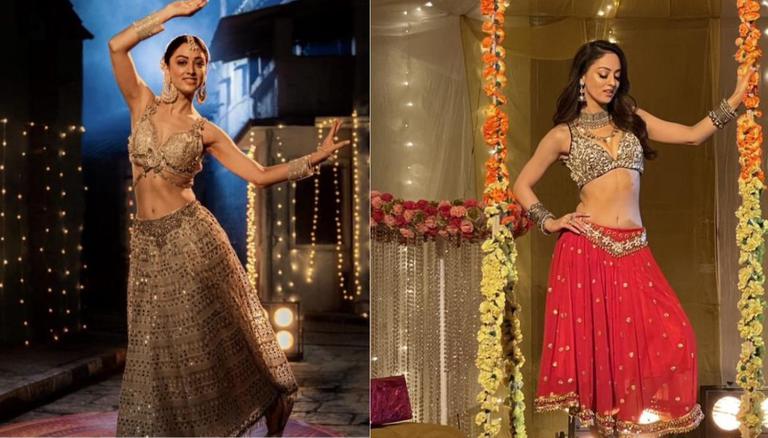 
Sandeepa Dhar is ruling the OTT scene with back-to-back releases. Her recent series Chattis aur Maina sees the actor play a dancer who is head of a travelling dance troupe called “Visphotak Angels”. Much of the series rides on Sandeepa’s shoulder, especially her scintillating dance sequences. In an exclusive chat with Republic World, Sandeepa Dhar details how the team managed to make the dance sequences look so effortless despite less rehearsal time and time crunch for shooting amidst pandemic

Being a trained Bharatnatyam dancer, Sandeepa Dhar looks effortlessly acing almost every dance form. However, when asked how much physical toll dancing continuously for 7 took on her health, Sandeepa exclaimed ‘I have died’. The actor further added ‘ 'I had 5 songs in it and had to rehearse and learn them in 2 days before we shot’. She further explained, ‘It usually takes 2-3 days to shoot just one song. But because we were shooting Chattis Aur Maina in a pandemic, there was a time crunch. We had to shoot each song in one day. So, although usually you need 24-48hrs to shoot one song, we had only 5 hours. So, it was really hectic’. The actor admitted 7 days of continuous dancing plus 2 days of rehearsals felt “really crazy”.

However, the actor is happy with the end results. 'I am really thankful with the end-result. I think the Gods were with me. It was important for me that the songs looked a particular way. Because I was playing a nachaniyaan, I didn’t want the dance to look crass in any way. That is something for which I sat with the choreographer and the director as we didn’t want it to look cheap or vulgar’.

Sandeepa Dhar’s Instagram videos flaunting her dance moves are always loved by fans. However, it was first time for the show that the actor attempted Katthak and Belly Dancing.  The actor revealed that she was very scared to do Katthak. ‘Being a trained Bharatnatyam dancer, I understand the authenticity of Indian classical dance and didn’t want to mess up the “chakkars” and the “hand mudras”. Same was the case with belly-dancing. ‘I had never done belly-dancing in my entire life and had to pick that up in 2 hours. I had major doubts on myself. However, choreographer Maggi (Mangesh Khedekar) had major faith in me and assured me that we will figure it out,' revealed the actor. 'It was all hectic but when you see the final thing and see that audiences are enjoying it, you feel all your blood and sweat were worth the effort, she asserted.

However, now that the series is officially out, fans are pouring in love on Sandeepa’s dance. ‘Fans are tagging me on small clips of my dance from the show on social media. My DM is full with messages, said the actor’. Here’s a glimpse of one of Sandeepa’s dance performance from Chattis aur Maina-

Chattis aur Maina debuted on Disney+Hotstar on 28th May, 2021. The series has an 8.6 IMDb rating and comprises of 15 episodes. All Chattis aur Maina episodes are available free for streaming for the viewers.