Ahead of the Sex and The City reboot And Just like that, Sarah Jessica Parker shared an old prop from the show. She wrote that it was unearthed. 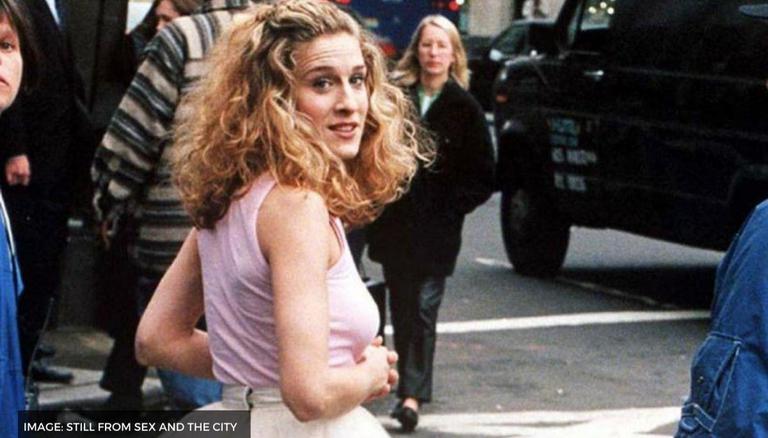 Image: Still from Sex and the City


Sarah Jessica Parker is popularly known for her role as Carrie Bradshaw in the popular show Sex and the City. As the Sex and the City reboot has been announced, the actor shared a picture of a prop from the show. After seeing her fans' reactions, she complimented them for remembering all the lines from the scene.

Sarah took to her Instagram handle to share a picture of a blue pair of Manolo Blahnik heels. The heels were in very bad condition as she took them out for the Sex and The City reboot series titled And Just Like That. She wrote that the heel was unearthed. The heel is from the episode where Carrie was dating Aiden Shaw in season four. In the scene, she had an argument with Aiden over the number of shoes and heels she owns. Soon after that, they're interrupted by his pet dog Pete who is seen chewing Carrie's blue pair of heels. She tells him that the dog owes her $380 for the heel. Manolo Blahnik was Carrie's favourite brand in the show.

Several fans wrote the dialogues from the scene in the comment section. A fan wrote, "Pete! You can’t buy it, it's circa 1996!” Carry said these lines to the dog after she saw him chewing the heel. Sarah seemed touched by the reactions of her fans. She wrote that she did not even remember the line from the scene. She also wrote, "I just cannot get over how much everyone knows and recalls… It astounds and touches me. Deeply! X.” Here are some comments of the actor and her fans on the picture. 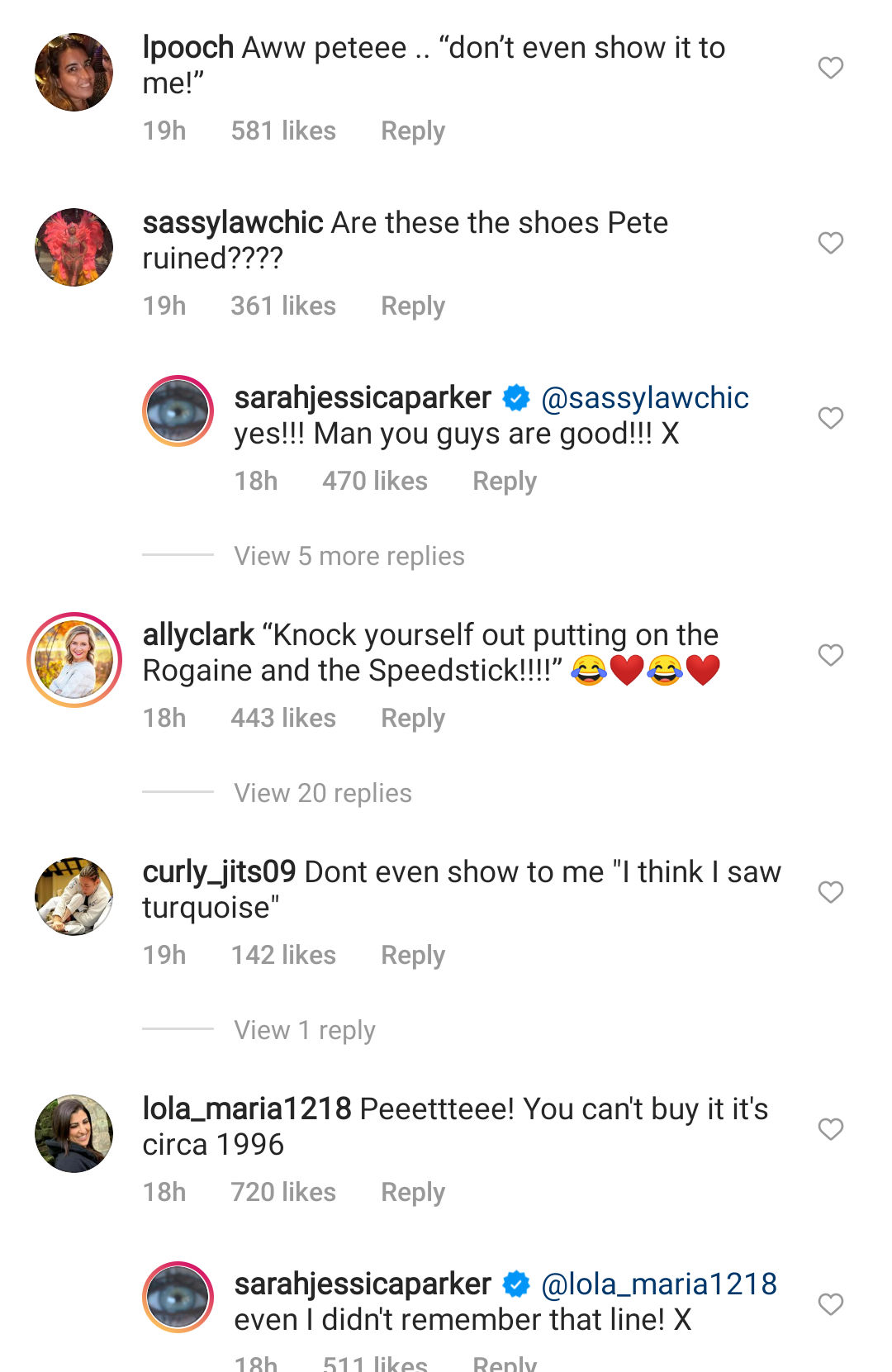 Sarah made her television debut with 3-2-1 Contact playing Annie in 1980. The actor rose to popularity after she bagged the role of Carrie in Sex and the City in 1998. She won several awards for her role as Carrie Bradshaw. She was later seen in many other shows like Project Runway, Who Do You Think You Are?, Divorce, Glee and Nightcap. She will next be seen in the reboot show And Just Like That.

Image: Still from Sex and the City