'SNL' star Michael Che was stunned when netizens accused him of cultural appropriation in the sketch 'Gen Z Hospital' written by him for May 8 episode. 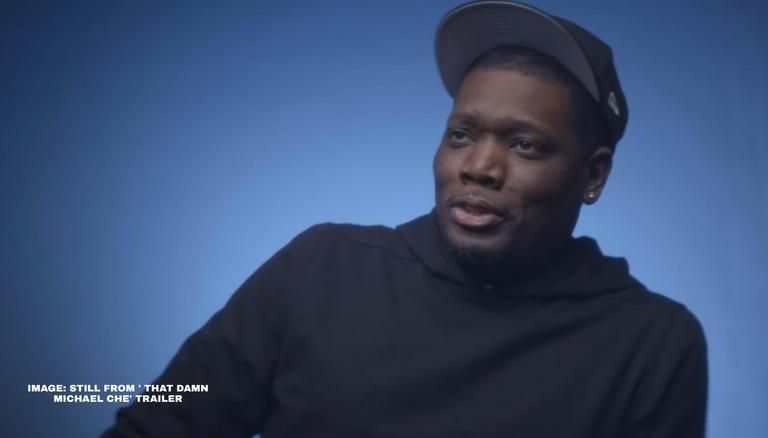 
Saturday Night Live (SNL) writer Michael Che was accused of cultural appropriation for the sketch he wrote for the episode featuring Elon Musk and Miley Cyrus. In Michael's skit titled 'Gen Z Hospital' on May 8, he tried to take a dig at Generation Jen Z's use of slags but the netizens pointed out that some of them emerged from the African American Vernacular English (AAVE). Slags like "bestie," "Go off, king," "sis," "stan," "bruh," "cringe" and more were incorporated in the sketch featuring Kate McKinnon, Mikey Day, Heidi Gardner, Ego Nwodim, and Bowen Yang. Michael faced backlash from the netizens who claim that the sketch was appropriating Black culture with mostly White cast members. Michael has responded to the controversy and was stunned by the cultural appropriation allegations.

the appropriation of AAVE by white people is gross, the mislabeling of AAVE as a "Gen Z phenomenon" is also gross, but on top of that, the SNL skit reads like they just pulled a list of terms from UrbanDictionary and sprinkled them in, not caring that AAVE has a defined grammar! https://t.co/4Og94adTJw

Michael Che responded to the cultural appropriation allegations for his SNL sketch in a series of long Instagram posts which is now deleted. According to Mediaite, Micahel Che had written in the stories that he had been reading about how the 'Gen Z' sketch was misappropriating AAVE and he was stunned. He said he did not know AAVE is in the first place and he had to look it up. He added he found out that it was an acronym for 'African American Vernacular English' which is a saying that black people used in their conversation all the time.

READ | 'Saturday Night Live': A look at its past celebrity hosts like John Krasinski and more

On @nbcsnl, Michael Che wrote a sketch featuring @elonmusk that was accused of appropriating "African American Vernacular English" (AAVE), despite Che being African American. Here is Che's explanation, since deleted, telling critics to screw off, over several tweets. 1/5 pic.twitter.com/rgeZdsXDxQ

In the following photo in the now-deleted Instagram post, Michael Che added that his sketch bombed and he was used to that. He added he did not mean to offend the 'AAVA' community. He went to say he loved the AAVE community to the moon. He then added a thank you note for people who tuned in for his That Damn Michae Che sketch on the weekend and slammed media outlets for not talking about the positive attention of his new comedy series. He wrote that whenever he said something 'off-color', or 'controversial', it had been written about and picked apart by several media outlets. He added that the same outlets will not mention a thing about his work when he made a show that people liked especially the black community.

Those Instagram posts have been deleted and replaced with this statement. And here is a link to the sketch. https://t.co/27ANpyHICO 5/5 pic.twitter.com/93x0eVLmSE