Simone Ashley is the newest actor to join the Bridgerton Season 2. Ashley is best known for her role as a mean girl named Olivia in Netflix's Sex Education.

A Sex Education star is now travelling to the Regency era in London. Yes, actor Simone Ashley will now be seen in Bridgerton Season 2. In the season 2 of this Netflix original, Simone Ashley will be playing the role of Anthony Bridgerton’s new love interest. Find out more details about this story below.

Netflix’s Bridgerton became a topic of discussion since the show premiered back in December 2020. The show’s tremendous success lead to Netflix renewing the Shonda Rhimes produced project for a second season. Ahead of Bridgerton Season 2, a new character has been added to its Regency-era plot.

According to Deadline’s report, Sex Education actor Simone Ashley has been cast in Bridgerton Season 2. In the newest season of the show, Simone Ashley will be portraying the role of Kate Varma. Kate is Anthony Bridgerton’s (Jonathan Bailey) new love interest. The report has described Kate as a smart, young headstrong woman who does not fall for Anthony’s charm.

Bridgerton Season 1 ended with Daphne and Simon making amends and being surprised by Anthony’s declaration. In the last scene of season 1, Anthony declares that as a Viscount he now wishes to find somebody as his viscountess as soon as possible. This decision comes after his love interest Siena, an opera singer, breaks up with him on the night of Daphne and Simon’s ball.

Moreover, the Netflix original’s second will primarily focus on Anthony Bailey’s character since it is based on Julia Quinn’s Bridgerton series novel, The Viscount Who Loved Me. Simone Ashley is best known for her role as a girl named Olivia on Netflix’s Sex Education. Apart from Sex Education, Ashley has also starred in other projects like The Sister, A Working Mom’s Nightmare, Casualty, Pokemon Detectvie Piakchu, and Broadchurch.

The Duke of Hastings a.k.a. Rege Jean Page took to Instagram and welcomed Simone Ashely to the Bridgerton Season 2 cast. Page posted Simone’s picture on his story and confirmed her casting in the show. Take a look at Rege Jean Page’s Instagram story here. 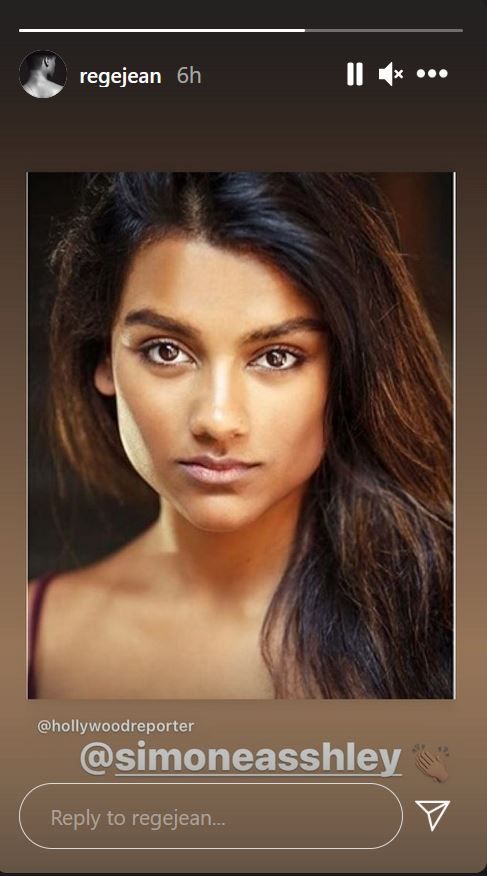 Also read | 'Bridgerton' Quiz: How Well Do You Know About The Show? Take This Quiz And Find Out