Disney star Skai Jackson has been in the headlines for all the wrong reasons this time. Her alleged breakup with Jules Smith has stirred up controversy. 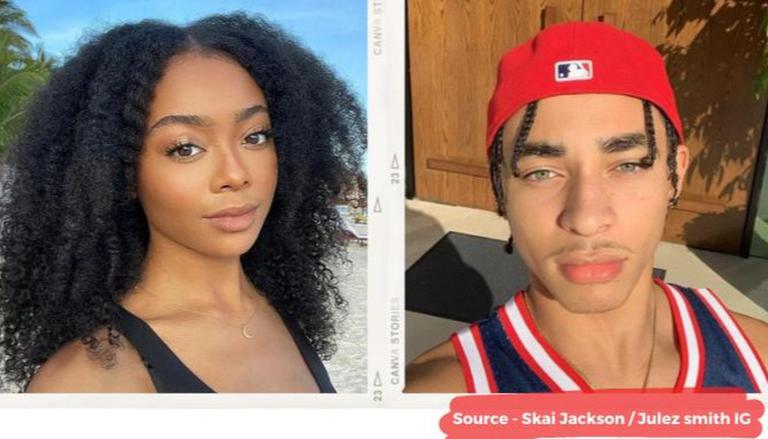 Skai Jackson is yet again the poster girl for all things rumours. But this time, the accusations are more serious than expected. Earlier this month, a series of messages were leaked on social media that hinted at Skai Jackson and Julez Smith's (Beyonce's nephew) breakup and has since been the talk of the Internet. Here's everything you need to know about Skai Jackson's leak and the alleged cheating scandal.

Also Read - What Happened On 'Dancing With The Stars' Week 4? Find Out Who Was Eliminated

Skai Jackson Leak - How true are the rumours?

Former Disney star Skai Jackson is never one to shy away from sharing her personal life updates with her fans. However, one of the major updates that she chose to keep under wraps was her alleged relationship with Solange Knowles' son Julez Smith. In fact, their relationship came to light after their breakup, when a series of screenshots of malicious messages were spread across Twitter. The messages were from a group chat where Jules was allegedly discussing his relationship with his friends.
The messages written by Julez claimed that the two were in a relationship but he soon found out that she was cheating on him, which instigated him into taking revenge. Though it cannot be confirmed if the person behind the messages was Jules himself, fans of Skai have grown to be hateful towards him.

Their age difference has also become one of the highlight points of the rumours, with Skai Jackson being 18 and Jules Smith being 16. When someone brought up the same issue on the group chat in the screenshots, Julez wrote, "age don't matter". As of now, no confirmation has been given yet on the chats from both the parties.

However, the situation on social media seems to be hinting at many things. Not too long ago, in a QnA with friends on his Instagram story, Julez Smith was asked if he and Skai Jackson are still friends for which he blatantly replied no. On the other hand, Skai Jackson has turned off her comments section and has been seen posting screenshots of cryptic quotes. Amidst all this, an old photo of the two posing in front of a mirror with Skai sitting on Julez's shoulder was discovered. This spiked the talks on Twitter and they quickly made it to the top of Twitter trends.

Following this, the worst-case scenario came to life as an alleged intimate video of the two was disclosed on the Internet. Fans have since come in support of Skai and have requested netizens to not share or look up the video as the two are still too young to deal with the gravity of this situation.

WE RECOMMEND
What happened on 'Dancing With The Stars' Week 4? Find out who was eliminated
Cheryl Burke suffers head injury during 'DWTS' rehearsal: 'Can happen in split second'
'Dancing with the stars' 2020 cast and partners full list revealed; details inside
Skai Jackson's performance on DWTS leaves audiences mesmerised, learn more about the star