'Skater Girl' released on Netflix on June 11, 2021. Netizens have lauded the film for being inspiring and different. Check out the film's review by netizens. 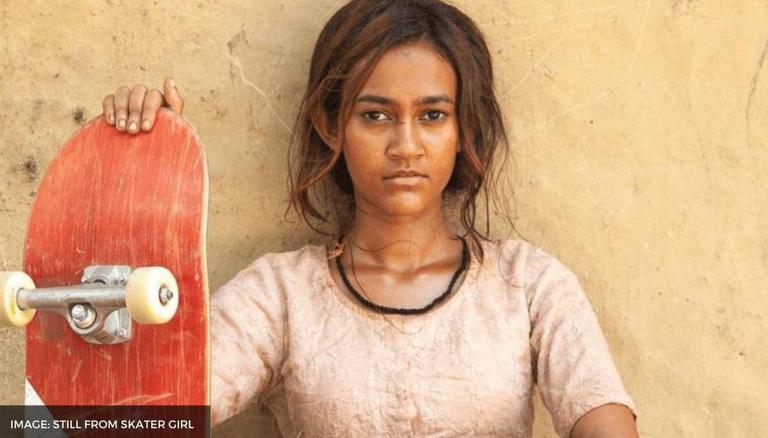 
Skater Girl is a Manjari Makijany-directed 2021 Indian-American coming-of-age sports drama film. The film recently premiered on Netflix and has been creating a lot of buzz on the internet. It has received mixed reviews from the audience. Here are the Skater Girl reviews and reactions from the audience.

A look at Skater Girl reviews from the audience

After watching Skater Girl on Netflix, a Twitter user called it an inspiring sports drama. He wrote that the film showed how a sport can break all the barriers and how its showcased gender and caste oppression. The best thing about the movie according to him is that the makers built a skatepark in Rajasthan and kept it for children to practice on it instead of just building a set and removing it later.

Another Twitter user mentioned in his Skater Girl review that he was disappointed by Skater Girl on Netflix. He wrote that the Skater Girl cast was good. However, the film had a regular template and an uninteresting screenplay. He added that the treatment of caste discrimination is not new in films. He called it a highly outdated sports drama.

This film showed how a sport can break all the barriers. Gender, caste oppression.

Best thing about the movie is building a skatepark in Rajasthan for the village kids to learn & play. Instead of typically making a set and remove. #SkaterGirl pic.twitter.com/mCbI77QmHe

Another Twitter user wrote that if people are looking for a good movie then they should definitely watch Skater Girl. He called it a "gem". One user said in his Skater Girl review that the movie has won their heart. They called it a sensational and empowering story. One netizen tweeted, "I'm watching Skater Girl on Netflix and I'm only crying like every few minutes so I think I'm good."

If you're looking for a good movie then check this gem out. #SkaterGirl on #Netflix pic.twitter.com/NQjJfGdAoZ

I'm watching Skater Girl on Netflix and I'm only crying like every few minutes so I think I'm good. pic.twitter.com/h9Ld2CY08t

One user called it well-intentioned and honest in its approach. He added, "Heartwarming fairytale story of a Girl taking flight & enjoying freedom." The film is breaking patriarchy in a subtle way and is laudable. However, he added, that certain topics addressed such as the caste system and education did not gel well.

The Skater Girl cast features Rachel Sanchita Gupta and Shafin Patel and also stars Amrit Maghera, Jonathan Readwin and Waheeda Rehman. Skater Girl's release date was June 11, 2021, in India. The film is set up in a remote village in Rajasthan and focuses on a local teen and her friends who get obsessed with skating as a new sport. A London-bred advertising executive helps them create a skatepark in the village.

READ | Netflix’s Geeked Week: From The Sandman to Vikings: Valhalla, here's everything announced