'Squid Game' is on its way to becoming the most viewed series on the giant streamer Netflix as it has already peaked number one in over 90 countries. 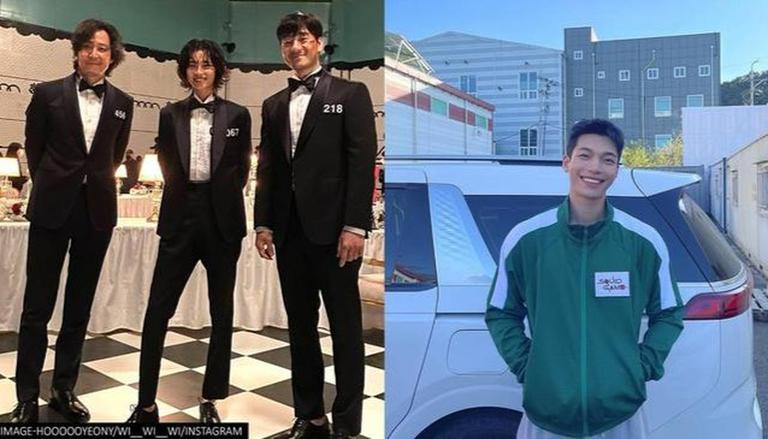 
The South Korean series Squid Game is taking the world by storm within only a month of its release. With a unique concept of turning innocent childhood playground games into deadly survival rounds, players are compelled to resort to immorality losing sight of their rationale and humanity in order to come out alive with a huge cash amount capable of changing their whole life for good. If the premise of the series was not enough, it also introduced the audience to characters that resonated with them.

With plenty of reasons for the drama to achieve the number one status in over 90 countries within the ten days of its release, the Squid Game cast has now finally come forward with their explanation as to why the series was able to connect with people across the globe coming from different walks of life.

South Korean actors Jung Ho‑yeon, Park Hae Soo, Lee Jung‑jae and Wi Ha‑joon appeared on the latest episode of the American talk show The Tonight Show Starring Jimmy Fallon to talk about the global success of their drama. After appreciating the love of the audience for their drama, actor Wi Ha-joon, who plays Joon‑ho, explained the reason behind why people are being able to connect with the series. He stated,

''I definitely think the Korean children’s games are part of the appeal. That can be very original, refreshing, and also shocking at the same time to the global viewers.'' He continued to credit the team for their ability to express the raw greed in human nature by adding, ''I also feel like we did a good job expressing the true human nature of raw greed and human nature that took place inside the games, which I believe resonates with a lot of the audiences.”

The Squid Game is a drama series depicting a deadly survival series where 456 money-hungry participants enter to win a huge amount. The series features Park Hae Soo, Wi Ha‑joon, Lee Jung‑jae and more. Within four weeks of its release, the South Korean series was already competing with the streamer frontrunners Bridgerton, Lupin, and The Witcher to be the most viewed Netflix series around the world per household.