Squid Game star Anupam Tripath is grabbing headlines as the South Korean catapults to international success by claiming the number spot in 90 countries. 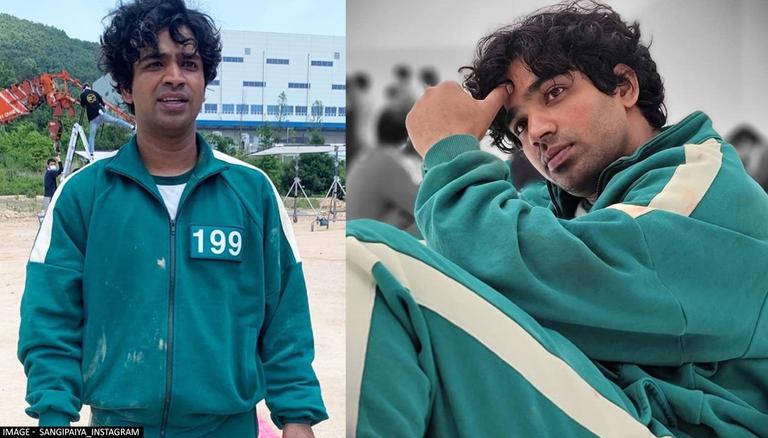 
Netflix's South Korean drama Squid Game rampaged through the streaming platform to claim the top position within just few weeks of release. With the show receiving love from overseas, the cast of the series namely HoYeon Jung, Lee Jung‑jae, Park Hae Soo and more are also enjoying their share of international fame. Adding to the list is Indian actor Anupam Tripathi who plays the role of Ali Abdul or Player 199.

Essaying the role of a Pakistani entering the game in order to win the hefty cash prize to support his family back home, Ali Abdul falls prey to the cunning trick of his companion namely Cho Sang‑Woo whom he trusted with all his heart. From surviving a deadly tug-of-war game as a team to promising to return home together, the duo had tugged at viewers' heartstrings with their unexpected bonding. A spoiler alert for the viewers who still haven't watched the show, in a bid to make it out alive, innocent and gullible Ali Abdul is betrayed by his friend resulting in his elimination which meant death in the series.

Anupam Tripathi on his 'Betrayal scene'

In an interview with Pinkvilla, Anupam recalled the moment he read the script as well as acted it out and admitted that it was a hard scene to perform. However, the 32-year-old actor did not believe that it was a 'betrayal'. He argued that it was a depiction of what a person would do in a similarly extreme situation. His untimely death in the Netflix show triggered strong reactions as fans trended '#alideservedbetter' on Twitter'

He further added that rather than seeing it as a betrayal, his character was faced with many questions. Shocked by the suddenness of Sang woo's actions resulting in Ali's death, Anupam thought about why he would do such as a thing when Ali considered him as a brother who looked after him. He further added that he was working on things to understand Ali's true state of mind by revisiting the scenarios.

He was further posed with questions such as 'why somebody would do that', 'why would you choose me to do it', and more as he essayed the role of a betrayed Ali Abdul.