Squid Game actor Heo Sung Tae is all set to join Kang Ha Neul in the forthcoming JTBC's K-drama titled Insider. Read on to know more about the new K-drama. 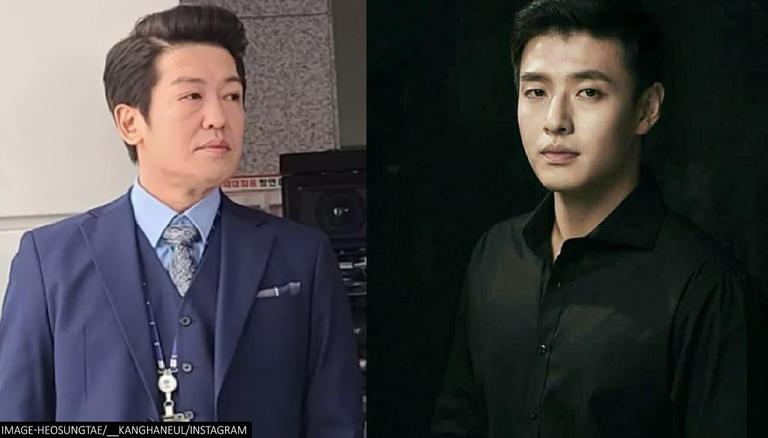 
Squid Game actor Heo Sung Tae is all set to join Kang Ha Neul in the forthcoming JTBC's K-drama titled Insider. On Friday, the actor's agency officially announced that Sung Tae will be portraying the role of Yoon Byung Wook in the series. According to the South Korean news outlet, Soompi, the action-suspense drama revolves around a judicial trainee.

As per the report, Insider focuses on a judicial trainee whose life falls apart in the blink of an eye while going undercover to investigate a corrupt prosecutor. While in prison, he begins plotting revenge for the betrayal he has experienced. Kang Ha Neul was earlier confirmed to star as judicial trainee Kim Yo Han, while Lee Yoo Young was confirmed for the role of underground businesswoman Oh Soo Yeon, who makes Kim Yo Han an appealing offer.

The report suggests Heo Sung Tae will be seen as chief prosecutor Yoo Byung Wook, who is a unique character with surprising duality. He is also an awkward loner who has difficulty looking people in the eye. Byung Wook has a dangerously disarming air of naivete- but on the inside, he is a powerful figure who will stop at nothing for his own gain. The series is slated to premiere later this year.

Sung Tae majored in Russian language and literature at popular Busan University. After school, the actor worked at LG Electronics. From LG, he moved to logistics at Daewoo Shipbuilding & Marine Engineering in Geoje Island, Gyeongsangnam-do. At the age of 35, Sung Tae participated in the SBS program, Miracle Audition, making his debut as an actor. The actor then went on to participate in various films such as The Age of Shadows, The Outlaws, and The Host.

Heo Sung Tae had left a strong impression through his stunning performance as Jang Deok Su in the record-breaking K-drama, Squid Game on Netflix. Helmed by Hwang Dong-hyuk, Squid game has ranked first on the streamer's global chart for 29 days. The South Korean thriller drama follows the story of four hundred and fifty-six people, who have all struggled financially in life and are invited to play a mysterious survival competition. Competing in a series of traditional children's games but with deadly twists, they risk their lives to compete for huge prize money.