After taking the world by storm with the first season, the popular K-drama 'Squid Game' is all set to make a comeback with the second season. 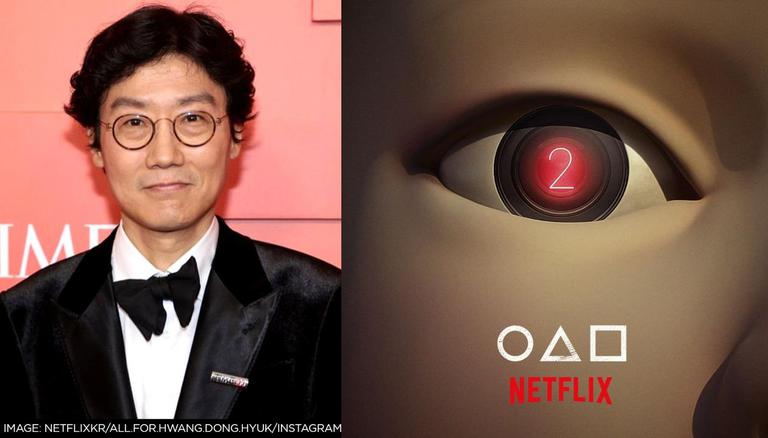 
After taking the world by storm with the first season, the popular K-drama Squid Game is all set to make a comeback with the second season. Premiering on the giant streaming platform Netflix, the exciting update about the second season renewal were announced with an intriguing teaser. After Netflix officially greenlit Season 2, the show's creator Hwang Dong-hyuk penned a special letter for fans while sharing what can be expected from the thrilling second season.

The teaser that brought back many memories of the first season, served as a recap with many fans looking forward to catching their favourite stars back in action in the second season as well. In his letter, the show's producer-writer Hwang spilled details about what’s in store for the heart-stopping thriller.

In his letter, the creator mentioned how it took almost '12 years to bring the first season of Squid Game' and went on to tease which characters will be making appearances in the upcoming chapter. He teased the possible return of a fan-favorite cameo, Gong Yoo, who played the anonymous recruiter who lures desperate people into the game.

"It took 12 years to bring the first season of Squid Game to life last year. But it took 12 days for Squid Game to become the most popular Netflix series ever. As the writer, director, and producer of Squid Game, a huge shout out to fans around the world. Thank you for watching and loving our show," the creator remarks.

Coming as a spoiler for those who still haven't watched the first season, "And now, Gi-hun returns. The Front Man returns. Season 2 is coming. The man in the suit with ddakji might be back. You'll also be introduced to Young hee's boyfriend, Cheoul-Su..." Hwang revealed in the letter.

Meanwhile, the teaser of the second season showed the famous doll that was featured in the first episode of the show while announcing the renewal of the second season. Six weeks after the release of Season 1, Squid Game became one of the most popular series on Netflix with 111 million accounts that had watched it. The success of the Korean show may seem baffling, but the series takes a popular concept and twists it into something that is entirely new and that is the main reason why audiences are looking forward to the second season of Squid Game. Soon after the exciting news was announced, netizens stormed social media while sharing her happiness.

One of the users who could not control his excitement, commented, "Sheesh Can't wait!!!" while another Twitter user wrote, "Finally season 2 is confirmed, Yahhh." A third user chimed in and shared a still of his favpourite character from the show and wrote, "he’s coming back 1000%"

Out there, I don’t stand a chance. I do in here.!!Can’t Wait
Green Light…. #SquidGame #SquidGameS2 #SquidGameSeason2

WE RECOMMEND
Netflix starts testing its new password-sharing policy in select regions: Report
'Spider-Man: No Way Home' OTT Release Date: Here's how to watch Tom Holland-starrer online
Netflix announces 'Squid Game Season 2' with teaser featuring red light-green light doll
Netflix launches new Mystery Box: What is it, how to use? All details here
'All of Us Are Dead' renewed for season 2, Netflix announces with a teaser