Sushmita Sen has penned a special note on the eve of Viren Vazirani's birthday, who plays her on-screen son on the hit show, Aarya. 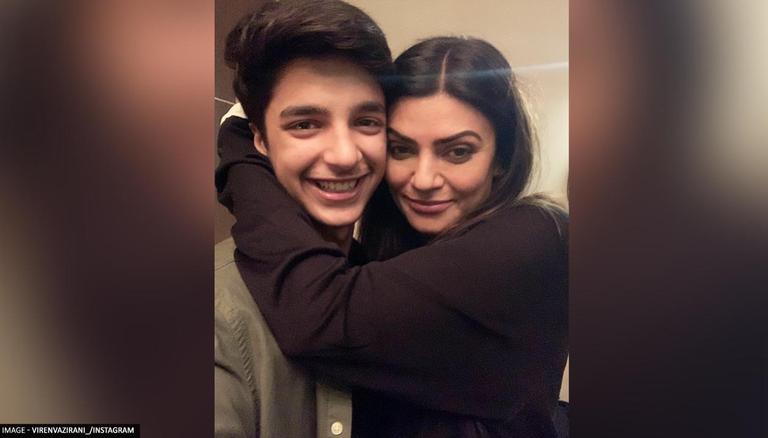 
Disney+ Hotstar's original series Aarya is very close to the heart of Sushmita Sen, who essays the lead role in the show. The Main Hoon Na actor has penned a special note on the eve of Viren Vazirani's birthday, who plays her on-screen son on the hit show.

Sushmita Sen took to her Instagram handle to share a series of pictures featuring Viren, captioning it, "On the Eve of his birthday, I want @virenvazirani_ to know…that he makes me wish, I had a son EXACTLY like him!!! I am soooooo proud of you my Veer, May God gives a heart like yours, all that it so richly deserves & deeply desires!!! Both your moms have your back!!! Happpppppyyyyyy Birthday my jaan…stay happy & blesseJaanways!!! I love you!!! Mmuuuaaaah!!!! #duggadugga #enjoyyyyyyyy #Maa."

Sushmita and Viren can be seen all in smiles, hand in hand, in the snapshots. Viren, overwhelmed by the wish from her co-star, reposted it and wrote, "Y’all have no idea how elated I am right now. Her Love and Support means the world to me. I’m so grateful to God that I got this opportunity of not only work but also to share this real mother-son bond with her. Crying tears of joy right now. Thank You Mumma for making me and My Birthday Eve soo special. I love you 3000!!"

Aarya is an Indian crime-thriller drama, streaming on Disney + Hotstar, co-created by Ram Madhvani, Sandeep Modi and Vinot Rawat. The web series revolves around Aarya Sareen who is an independent woman, seeking to protect her family and joins a mafia gang to take revenge for her husband's murder. Later on, she becomes the mafia queen and simultaneously takes care of her three kids.

The superhit show was even nominated for International Emmy Awards for Best Drama series. The series marked the digital debut of Sushmita Sen, and the actor garnered amazing reviews for her portrayal of the titular character. Sen also received the award for Best Actor- Female at the Filmfare OTT Awards. The second instalment of the show was released on 10th December 2021.

READ | Sushmita Sen says it took '27 years' to earn father's pride after he watched 'Aarya 2'
READ | Harnaaz Sandhu feels 'out of this world' as Sushmita Sen, Lara Dutta extend support to her