Actor Sushmita Sen, who made her comeback into acting after a long hiatus with 'Aarya', has been treating fans with pictures from the second Installment. 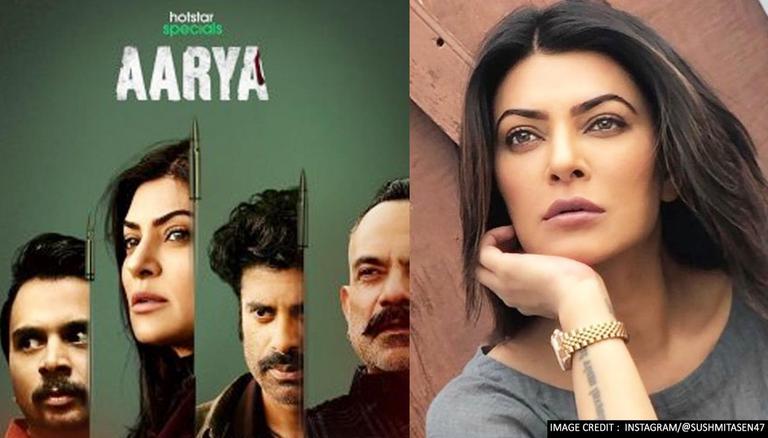 
Actor Sushmita Sen, who made her comeback into acting after a long hiatus with suspense thriller Aarya, has been treating fans with pictures from the second Installment. Ever since the makers of the series announced the shooting of Aarya 2, fans have been waiting to know more about the series. On Tuesday, Sushmita Sen shared a picture with the entire crew which left the frenzied fans excited.

The former Miss Universe took to Instagram and shared a picture where she can be seen posing with the entire team and crew. The entire team gathered under one single roof and posed while wearing their masks on. While captioning the post, Sushmita called the team her ‘family’ and wrote, “#aarya2 One big #family One that I deeply love & appreciate!! Let’s see if you can #spotme #teamaarya #happypeople #hardwork #gratitude …I love you guys beyond!!! #duggadugga.”

The actor's fans were quick to comment while sporting her among the crowd. One of the users wrote, “Can't wait to watch it.” Another user wrote, “Congratulations mam. go ahead with your awesome self.” A third user chimed in and wrote, “You are amazing ma’am and we are eagerly waiting for this.”

Director and creator Ram Madhvani had announced the series wrap-up in August. He took to his Instagram and wrote, “Aarya 2, It's a Wrap." As Madhvani shared the post he penned down a note and thanked his cast and crew. The director wrote, "The journey of #Aarya2 has been tough, scary but fun! The 'new normal' in life resulted in a lot of struggles as we chose to do what we are passionate about. But what makes it worthwhile is the team you journey with and I am grateful to each and every one of these passionate people. Without their dedication and work ethic, we wouldn't have finished shooting #Aarya2 safely! (sic)

The makers of the series are yet to announce the release date. Till then, fans will have to wait and watch until their favourite stars hit the big screen again. Created by Madhvani and Sandeep Modi, Aarya 2 is the Indian adaptation of the Dutch crime-drama show 'Penoza'. The series marked the comeback of Sushmita Sen, as well as her digital debut.