Taapsee Pannu headed to her Instagram account on Monday and made an exciting announcement about her upcoming project 'Looop Lapeta'. 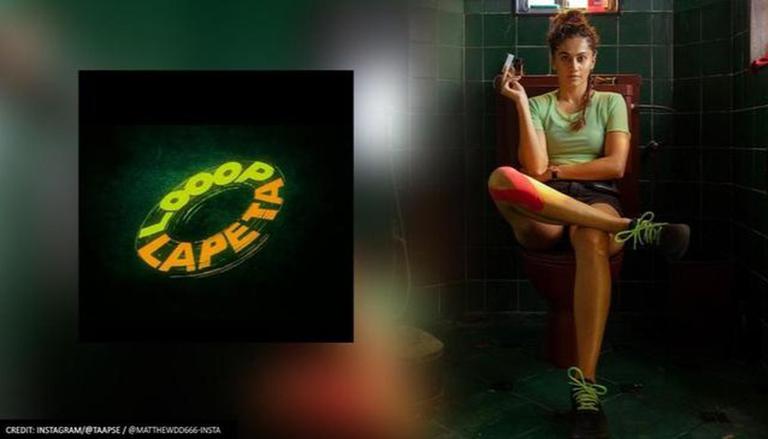 
Taapsee Pannu headed to her Instagram account on Monday and made an exciting announcement about her upcoming film Looop Lapeta. She announced that her film will get a digital release on the online streaming giant, Netflix. The 34 year old actor also shared the motion poster of her upcoming film, which will be helmed by Aakash Bhatia. This is not the first time the Thappad actor's film will premiere on the OTT platform. She was last seen in Netflix's Haseen Dillruba.

Pannu headed to the social media platform on Monday and shared the motion poster of the film in which she will star opposite Tahir Raj Bhasin and Shreya Dhanwanthary. The actor mentioned she 'can't wait' for her fans to watch the film as she announced the good news. Taapsee Pannu wrote, "Time is ticking, and it is time to run! Can’t wait for all of you to see the film! #LooopLapeta, A Sony Pictures Films India Feature and Ellipsis Entertainment Production, directed by Aakash Bhatia, coming soon, only on Netflix." The actor had earlier revealed her first look from the film and introduced her on-screen character, Savi.

Looop Lapeta will be the Hindi-language remake of Tom Tykwer's celebrated classic Run Lola Run and the directorial feature debut of Aakash Bhatia, according to ANI. Speaking to the publication, the director mentioned he was 'extremely excited' about the film mentioned it would be a 'rollercoaster ride' for the audience.

Bhatia said, "I'm extremely excited about the shape we have given it. It boldly jumps genres from comedy, thriller to romance and makes for a rollercoaster ride for audiences. My approach has been to tightly hold on to the emotional core of our story and characters, while consciously playing with style and form." He credited his 'powerhouse ensemble cast and crew' for making the film what it is and was 'elated' about it premiering on Netflix. The director further mentioned, "A powerhouse ensemble cast and crew made this project what it is. The creative collaborators in Kasbekar and Tanuj made for great producers on this debut journey. I'm elated that Netflix is the platform that the world gets to watch Looop Lapeta on."