Apple TV+ critically acclaimed Ted Lasso has come to an end with the success of its season two. Here is how the season ended with scope for the next season. 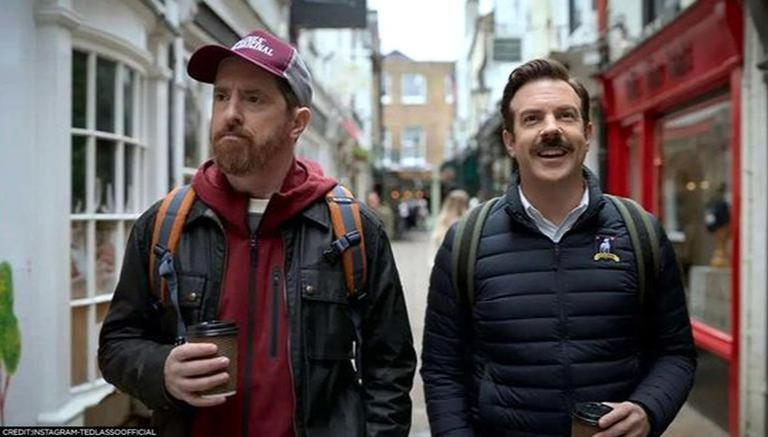 
The Apple TV+ sports comedy Ted Lasso received critical acclaim at several notable award ceremonies making it one of the top series on the internet to watch. With intriguing equations between characters like Ted, Trent, Roy and more, the sports drama series not only focuses on the importance of unity on the field but also off the court between the management and players. Narrating their stories with a comic take, the Ted Lasso season 2 finale left the viewers many memorable moments and hopes for another season.

Season two of the Apple TV+ series focused on AFC Richmond reclaiming their titles as champions after a poor performance in the first season. Fans also witnessed Jamie Tartt returning to his old team after coming to the end of his career with Manchester City. Meanwhile, Roy Kent joins AFC Richmond as a coach posing a threat to Nate who is the juniormost coach struggling with low confidence. Sam and Rebecca also form a genuine bond through the dating app Bantr, funding the team as the former is then given an offer by a rich football enthusiast.

Sam refuses the offer as he decided to stay with his team. Before the final match of the season, Ted finds out that his panic attack during one of the team's matches has hit the front page and the source is revealed to be Nate. During an intense confrontation between Nate and Ted, the former accuses Ted of being a fraud and refuses to hear an explanation.

The final match of the season ends in a tie that earned the team enough points to make it to the premier league. Upon entering his office, Ted realises that the 'Believe' sign is torn into two. He later sets the record straight about his panic attack during a press conference emphasizing the importance of having an open dialogue about mental health in the sports sphere. Meanwhile, Roy asks Keeley to join him on a six-week-long vacation which she turned down owing to her professional commitment.

Ted Lasso season 2 finale also showed Nate's great resentment towards Ted as he is the only one who did not celebrate the team's win. In the end, he is seen coaching a team called Westham. The team is owned by Rebecca's husband Rupert.

READ | How to watch 'Ted Lasso' online? When is season 3 coming out? All you need to know