That Time I Got Reincarnated As A Slime Season 2 Part 2 Episode 5: Release Date & Plot

‘That Time I Got Reincarnated as a Slime’ Season 2, Part 2’s Episode 5 is about to release soon. Read the article below to find out the release date and plot. 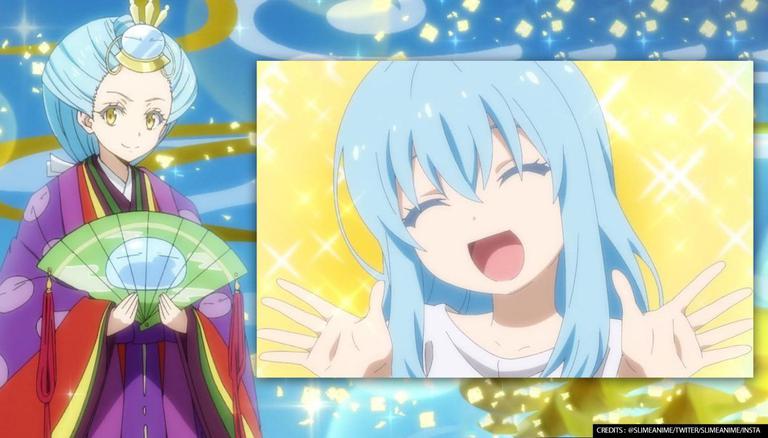 
That Time I Got Reincarnated as a Slime aka Tensei Shitara Slime Datta Ken is a slime Isekai anime, which follows the story of a 37-year old man named Satoru Mikami. The official description for the show reads:

Corporate worker Mikami Satoru is stabbed by a random killer, and is reborn to an alternate world. But he turns out to be reborn a slime! Thrown into this new world with the name Rimuru, he begins his quest to create a world that’s welcoming to all races.

The second season of the anime has been split into two parts with part 1 ending in March 2021. Part 2 of the second season began airing recently from June 29, and here's all you need to know -

READ | 'Edens Zero Episode 17': All you need to know about the release date & time, OTT platform

That Time I Got Reincarnated as a Slime season 2 - part 2 - episode 5 will be titled, The Eve of Battle. The episode is scheduled to premiere on August 3, 2021, in Japan. Unfortunately, Indian fans of the Isekai anime will have to wait until Netflix acquires the rights to stream the anime in India. However, if you search for the anime on Netflix it declares that season 2 will arrive on Friday, July 30.

The episode will be broadcasted on Tokyo MX, BS11, TVK, and MBS at different times. The anime has been licensed by Crunchyroll for streaming outside Asia. In Scandinavian countries, the anime is accessible for streaming on Wakanim. You can also access season 2 of the isekai fantasy TV anime on iQIYI, VRV, Netflix Japan, Amazon Prime, and Anime on Demand, outside India.

READ | That Time I Got Reincarnated As A Slime Season 2: When will the new season release?

What to expect from the new episode of That Time I Got Reincarnated as a Slime?

In episode 4 of the popular slime anime, Ramiris claimed that Tempest was doomed to fall. The meeting of all Demon Lords is also about to take place with the topic of discussion being the birth of a new power in the 'Great Forest of Jura'. The episode also makes clear that the primary objective of Clayman's army is for him to emerge as the True Demon Lord.

READ | When is 'That Time I Got Reincarnated As A Slime' season 2 episode 13 releasing?

In The Eve of Battle, Rimuru will realize that they are one step behind their enemies since Clayman’s army will reach Eurazania in two days. Rimuru will most likely begin preparations for the war at the territory due to the possibility of Clayman emerging as the True Demon Lord.