'The Bachelorette' 2021 Cast: Details About The Contestants Competing For Katie Thurston

The Bachelorette 2021 premiered on June 7, 2021. Katie Thurston will be seen as the bachelorette and here's everything you need to know about the contestants. 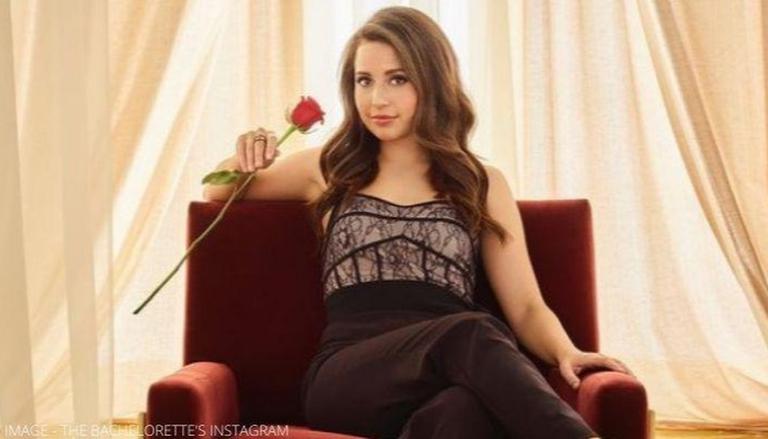 
The Bachelorette is an American reality television dating game show, which recently premiered its 17th season yesterday, on June 7, 2021. This season features 30-year-old Katie Thurston, a bank marketing manager from Lynnwood, Washington. Thurston finished in eleventh place on the 25th season of The Bachelor featuring Matt James. This season will feature her looking out for the perfect man amongst 30 contestants.

According to ABC, the cast of The Bachelorette will have 26-year-old Aaron Clancy trying to win over Katie Thurston. Aaron is an insurance agent by profession and belongs to Walnut, California. Aaron currently works in sales and enjoys being outdoors, surfing, and lifting weights, and he was an NCAA swimmer in college as well.

The Bachelorette 2021 contestants include Andrew Milcovich, who is a 31-year-old Deputy District Attorney. He belongs to Walnut Creek, California, and likes coaching youth water polo or building bonfires on the beach. Andrew stated that he is looking for a woman who is open-minded and adaptable, exudes positive energy, but also has a fun side and a great sense of humor.

Brendan Scanzano is a 26-year-old firefighter trainee and belongs to Toronto, Ontario. According to ABC, Brendan takes a lot of pride in this goal and is excited to make a positive difference in his community. He also loves playing hockey and is a goalie in a local league.

The Bachelorette 2021 cast includes Christian Smith, who is a 26-year-old real estate agent. Smith belongs to Newburyport, Massachusetts, and has sold over $25 million worth of residential real estate properties. He's looking for his best friend and someone to go through life's successes and failures with, free of judgment.

READ | Did Katie Thurston quit 'The Bachelorette'? Here's what she has to say about her walkout

The cast of the Bachelorette has 28-year-old former Baseball player Conor Costello. He belongs to Edmond, Oklahoma, and likes to spend as much time as he can on the beach. He describes his dream woman as a giver who genuinely cares for others and wants to see those around her succeed.

The Bachelorette 2021 contestants include 34-year-old Hunter Montgomery. Hunter is a software strategist and is based in San Angelo, Texas. He has two children and is looking for a woman who is compassionate, witty, great at communicating, and, above all, someone who could love his kids as much as he does.

Justin Glaze is a 26-year-old investment sales consultant from Ellicott City, Maryland. According to ABC, he is an extremely talented painter and his favorite artist of all time is Basquiat. He credits his parents, who have been happily married for over 30 years, with providing him an excellent example of what a successful relationship should look like.

The contestants include Kyle Howard, who is a 26-year-old technical recruiter from Sarasota, Florida. Howard looks up to Steve Irwin and considers him his idol. He says that he is ready to settle down and start a family, but he just needs to find the right woman to make that his reality.

This year's Bachelorette contestant list will have Quartney Mixon, who is a 26-year-old nutrition entrepreneur. He belongs to McKinney, Texas, and states that his idea of a perfect nightcap is a robust bonfire with s'mores, music, and dancing. According to ABC, the number one thing he is looking for is someone to be an amazing mother to his future children and wants a partner who will stand by him and help him build an empire.

Thomas Jacobs is a 28-year-old real estate broker from Poway, California. He wants a woman to stand by his side as he becomes more involved in his local community. Above all, Thomas is done looking for just a good time and is ready to find the one to last a lifetime.