The Bachelorette Finale Releases On 9th August: Are Katie And Greg Grippo Still Together?

As The Bachelorette Finale of season 17 is all set to release soon, the fans have been speculating whether Katie and Greg Grippo will still be together. 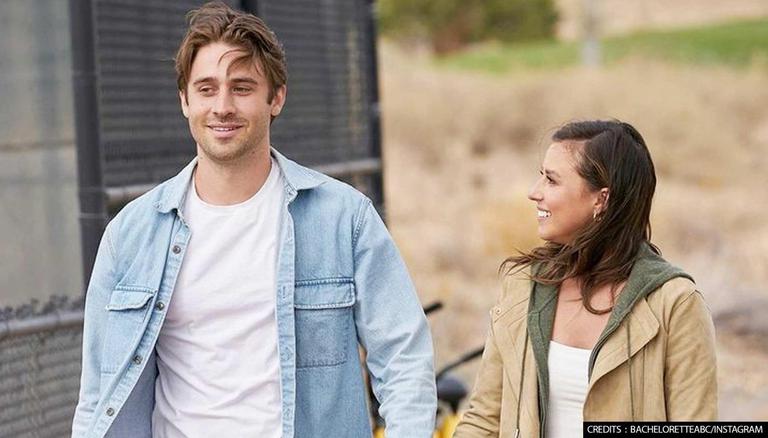 
The Bachelorette is one of the popular reality TV shows, which is gearing up for the release of the finale episode of its latest season 17. As Greg Grippo managed to win the hearts of the fans as well as Katie Thurston in the earlier episodes, people have been speculating what will happen in the finale episode that is slated to release next week.

Are Greg and Katie still together?

In the latest season of The Bachelorette, as Katie Thurston and Greg Grippo became one of the highly-loved pairs, several viewers speculated that they will end up together in the finale episode. In the past few weeks, The Bachelorette season 17 episodes have been highlighting the couple’s insecurities along with Katie’s fear that Greg Grippo might leave the show early. As the couple had been indulging in several fights about Greg being upset about why Katie was pursuing other relationships if she had chosen to win the show with him.

In one of the recent episodes of the show, as Katie and Greg met the former’s family, they spoke to them in person expressing their love for each other. When asked whether he loved Katie Thurston or not, Greg Grippo revealed how happy he felt whenever he was with her but he still had some insecurities. On the other hand, one of Greg’s family members expressed her fear to Katie that he might break his heart.

READ | 'The Bachelorette'': Is Katie Thurston falling for Greg Grippo? Details Inside

Will hearts get hurt on these hometowns? 💔 #TheBachelorette pic.twitter.com/Wy9J1cDjS6

While focussing on Katie and Greg’s insecurities for each other, it was highlighted that Katie didn’t want Greg to leave the show. She confessed during the show and said, “I was scared that you were gonna want to leave. Truthfully, one of my biggest fears is you wanting to leave.” As they further went on for their one-on-one date, she further stated, “I see how you get during these group dates. It scares me. And today, I just hope you felt what I felt and can feel more confident in what we have.” The preview for The Bachelorette Week 9, depicts how Greg watches Katie kissing Blake Moynes on their hometown date and Greg, devastated on seeing this, said, “I’m falling so hard for Katie” Greg in a voiceover. “When I see them kissing… God, I’m sick to my stomach”, he further mentioned how he no longer believed in the process of the show and said, “Who cares about the rose of who’s going home this week? If it’s not real, it’s not real", Greg says. Now the viewers will have to wait for the finale to finally witness whether Greg and Katie will end up together or will he leave the show.