After a long wait, Amazon Prime Video finally released the trailer of the highly anticipated third instalment of 'The Boys'. Read on to know more. 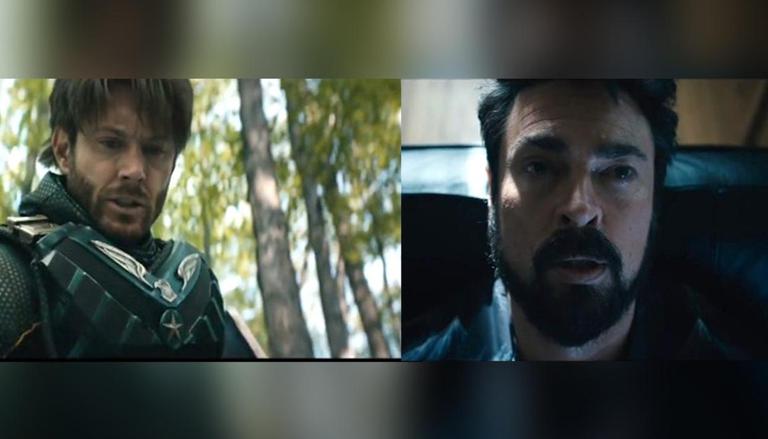 
Amazon Prime Video finally dropped the trailer of its highly anticipated third season of The Boys days after releasing a teaser clip. Apart from the main cast like Karl Urban, Jack Quaid, Chace Crawford, Antony Starr, and more, other actors like Tomer Capon, Karen Fukuhara, Nathan Mitchell, Colby Minifie, and Claudia Doumit will be seen reprising their roles. Moreover, the new season will introduce new supes to add to the danger and thrill.

After establishing that Karl Urban’s Billy Butcher gets new power to continue his mission of killing supes, the trailer further explores his intention of using the newfound power. Additionally, fans are finally introduced to Jensen Ackles’ Soldier Boy in the trailer.

The Boys 3 trailer starts with Homelander shining in the spotlight at the 'Dawn of the Seven' premiere. In an attempt to uphold his image and win over the people all over again, he says in the interview, "I may be a superhero, but I’m just a man that fell in love with the wrong woman. But out of crisis comes change. I’m really slowing down and reconnecting with myself and I’m very excited for everyone to meet the real me.”

He eerily says 'I am so excited for everyone to meet the real me'. Everything look all set out for the superhero but under his supernaturally tough exterior, something eats him away which does not go unnoticed by other supes. On the other hand,  Karl Urban’s Billy Butcher experiments with his newfound superpowers and believes that in his long quest of killing supes, the playing field is finally equal.

The Amazone Prime Video original series is based on a bestselling comic by Garth Ennis and Darick Robertson. The Boys Season 3 is all set to release on June 3. The show will release the first three episodes on the premiere date followed by a weekly release with its final episode scheduled to release on July 8.