'The Family Man Season 2' Releases Ahead Of Schedule; Check Out Netizens' Reactions

The Family Man season 2 was released on the intervening night of June 3- 4. Check out how netizens have rushed to pen their reviews about the show; See posts. 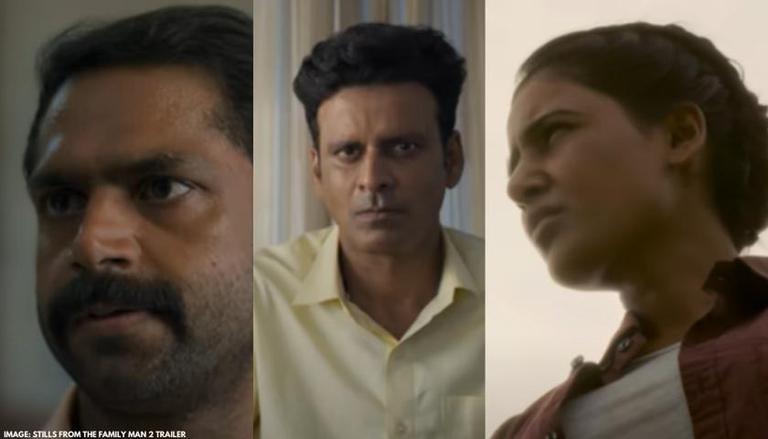 
The Family Man Season 2, starring Manoj Bajpayee, Samantha Akkineni, Priyamani, Shreya Dhanwanthary, Sunny Hinduja, Sharad Kelkar, Dalip Tahil, Seema Biswas, Asif Sattar Basra, Shahab Ali, Ravindra Vijay, among others, released on June 3 on the digital streaming platform, Amazon Prime Video. Earlier, fans believed that The Family Man 2 Season 2 release date and time in India was on June 4; however, the makers decided to unveil it a few hours earlier than its usual time. Viewers rushed to watch the show and have already penned their reviews. Check out some of the reactions.

According to Twitterati, actor Manoj has once again nailed it in the show with his impeccable acting chops. Users have lauded the star casts' marvellous work and have mentioned that the show is quite gripping with various twists in the plot. A user penned, "Woke up the whole night and watched all episodes of The Family Man Season 2. It is even better than the first one. Must watch. Loved it," whereas another fan wrote, "Quite an interesting ending with the Kolkata connection and hoping to see a lot of scenarios from North East in next one. It was mind-blasting can't wait for season 3."

As far as the direction is concerned, netizens mentioned that the show is "well-executed" and every actor has blended well with the character. Overall, only a few users have penned mixed reviews about the series. A fan also went on to call it the "most challenging" project.

READ | 'The Family Man 2': Check out the release date, time and more details

The Family Man season 2 is mind blowing. Best Indian web series till date 💯 . Tweet this without any hashtag.

Season 2 the family man is here...tasc team is back with another mission. I'm on ep4 and out all cast @Samanthaprabhu2 has came out to be ace. Playing the bold character of raji as tough soldier and she has nailed it

Just completed The Family Man season 2, @BajpayeeManoj no words again sir and @Samanthaprabhu2 respect again you bring raji alive,love to watch you as raji but i really didn't like raji and @rajndk thop writing and direction

The Family Man Season 2 is such a well executed sequel. Everything about this season is great, be it the acting, the direction or the action. Kudos to the team of Family Man!!
And also @BajpayeeManoj ,what a legend man🙌🙌

Ahead of its release, actor Manoj Bajpayee shared a lengthy note for the audience. He wrote, "Having worked through a pandemic and two lockdowns, we are forever indebted to our fabulous cast, crew and Prime Video team who have persevered through it all." Earlier, Samantha had also shared a statement issued by the makers and had urged fans to not make assumptions based on “just a couple of shots in the trailer.” The show is written by Suman Kumar, Raj and DK and is directed by Raj and DK and Suparn S Varma.