'The Married Woman' season 2 update: Monica Dogra & Ridhi Dogra will be reprising their roles in the second season of the web series as announced by Ekta Kapoor 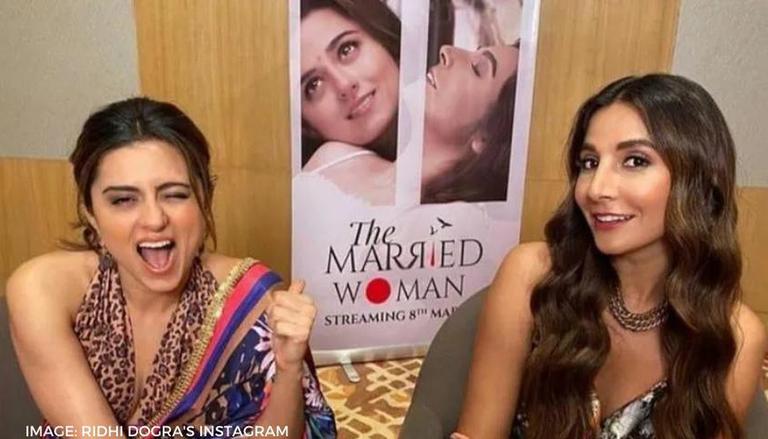 
Ekta Kapoor unveiled The Queens of Chambal, a major project on her streaming service ALTBalaji, last night. The female-centred tale revolves around two ladies who control Chambal, a patriarchal kingdom. Kapoor announced the programme as a birthday present for her fans and followers, as she celebrated her birthday yesterday. However, it appears that this was not Ekta's sole birthday gift to her fans and admirers. She has a lot more. Just as the day was about to come to a close, Kapoor surprised everyone with yet another great announcement. She has revived her successful show The Married Woman for a second season.

The Married Woman, starring Monica Dogra and Ridhi Dogra, has also been renewed for a second season. The Married Woman cast, including Ridhi Dogra, Monica Dogra, as well as Suhaas Ahuja, reassembled for a press conference organised by RJ Rohini to launch the second season. The producers had teased the shocker earlier in the day with a teaser. In the second season, Ridhi Dogra and Monica Dogra, who portrayed Astha and Peeplika in the series, will continue their roles. The news of the renewal comes during International Pride Month, which makes it even more meaningful for the LGBTQIA+ group.

Ridhi Dogra and Monica Dogra both spoke about the roles and where they wanted to see their characters headed. Ridhi Dogra said that she was extremely happy that the news of the renewal had been shared during Pride Month. When she was asked where she saw her character Astha in the second season, she said that she hoped she would be in Paris. She followed this up by saying that she did not know if Hemant would follow her there but it was her desire that the season would open in Paris. Monica Dogra, who plays a pansexual on the show, said that she wished that Peeplika would get the reunion her character deserved as it was what fans hoped for as well.

The Married Woman is a tale about Astha and Peeplika occurring in the 1990s. Peeplika is an unorthodox artist, whereas Astha is a dedicated wife and mother. It's the narrative of Astha, who is striving to figure out who she is and encounters Peeplika along the way. However, when Astha learns about Peeplika's background, the story ends on a cliffhanger, making her doubt her connection. The Married Woman season 2 release date has not been announced yet but is expected to be sometime next year.