Ahead of the third instalment of 'The Umbrella Academy', Netflix has unveiled character posters featuring the members of 'The Sparrow Academy'. Take a look. 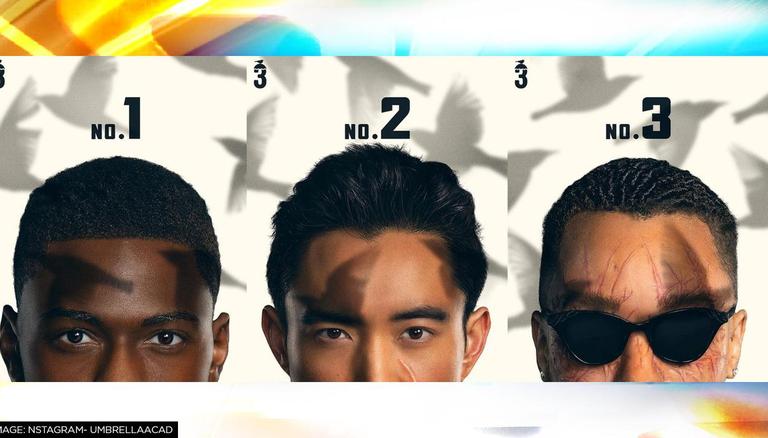 
The Umbrella Academy is back with its third instalment, set to premiere sometime in 2022. Kickstarting the new year, Netflix has released a trail of character posters introducing the notorious members of The Sparrow Academy. The superhero TV series has been on a hiatus since July 2020, with rare developments coming out for the third season. The Sparrow Academy was briefly hinted at the end of season 2, with the actors being confirmed after the season concluded. Take a look at the posters and character details.

First look of Sparrows from The Umbrella Academy season 3 out

WE RECOMMEND
What to watch on Netflix in January 2022? Every movie & TV show releasing on OTT platform
Cobra Kai Season 5 Release Date: When will season 5 of Cobra Kai come out on Netflix?
'Squid Game' creator says discussion with Netflix on possibility of Season 3 underway
'The Last Movie Ever Made': Netflix announces 'Don't Look Up' BTS podcast series
Is 'Jersey' releasing on Netflix or Disney Plus Hotstar? Everything we know so far
Listen to the latest songs, only on JioSaavn.com