Milo Ventimiglia was honoured with a star on Hollywood Walk Of Fame on Monday, his 'This Is Us' co-stars Jon Huertas and Justin Hartley attended the ceremony. 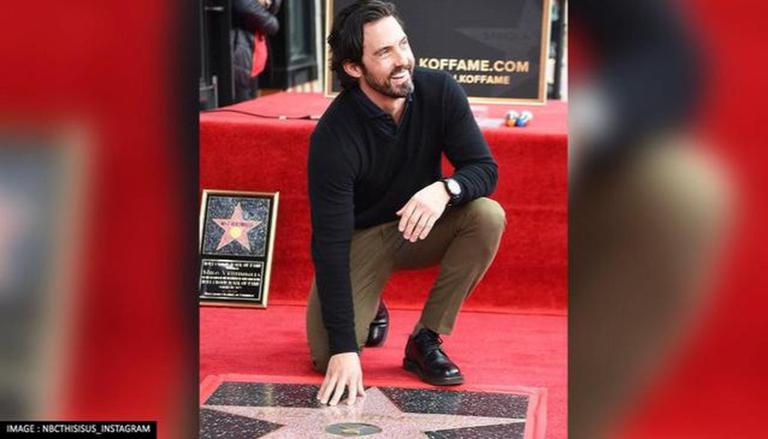 
Actor Milo Ventimiglia achieved a milestone this week as he was honoured with Hollywood's top honours: a star on the Walk of Fame. The stars are presented to honour artists of the entertainment industry and also act as a public monument. The stars are given to musicians, actors, directors, producers, musical and theatrical groups, fictional characters, and others. Ventimiglia had his Walk of Fame ceremony on Monday, and his star was placed next to his This Is Us co-star Mandy Moore's star.

Milo Ventimiglia gets his Hollywood Walk Of Fame

Milo Ventimiglia's Walk Of Fame ceremony took place on Monday, January 10. The actor attended the ceremony with him This Is Us costars, Jon Huertas and Justin Hartley as well as Gilmore Girls creator Amy Sherman-Palladino. As per People, Ventimiglia, during his speech and thanked the people in his life who have helped him get to that point.

He said, "I am the sum of many people who have been an important and impactful part of my life through the years. This star represents a large group of people — it may say Milo Ventimiglia but it is actually made up of 26 years worth of names both in front of and behind the camera professionally and personally."

Milo Ventimiglia's on-screen wife Mandy Moore took to her Instagram and congratulated him. She wrote, "He heartiest of congrats to my Tv hubby and partner-in-crime, @miloanthonyventimiglia, on his STAR on the Hollywood Walk of Fame. Wish I could have been there to celebrate in person but we are in the middle of shooting Season 6 and knowing Mi and how much he loves his job, he’d definitely insist that work comes first. Congrats on this recognition and thank you for being a wonderful patriarch and carrying us these last 6 years. Also, the fact that our stars are right next to one another?? Come on!!  #thisisus."

On the work front, the actor is seen in NBC's period drama series This Is Us playing Jack Pearson, the patriarch of a middle-class family in late 1980s early 1990s America. For his role as Jack Pearson, Ventimiglia received his first Emmy nomination in the category Outstanding Lead Actor in a Drama Series. He will next be seen in the upcoming suspense thriller Devil's Gate, alongside Amanda Schull.

READ | Milo Ventimiglia teases final season 6 of 'This Is Us', says it will 'wreck' the audience

WE RECOMMEND
'This Is Us' coming to an end; Makers announce season 6 will be the 'last-ever'
'This is Us' season 5 cut short: Only 3 more episodes left till the Finale
This Is Us Season 6 spoilers: Know the fate of these characters in season finale
Mandy Moore wants to direct an episode of 'This Is Us' next season; 'A hat I want to wear'
What happened to Toby on 'This Is Us'? Kate and Toby's love story meets a tragic end
Listen to the latest songs, only on JioSaavn.com