On the occasion of Lee Min-Ho's birthday, let’s take a look back at what Park Shin-Hye had to say about the bond that they share. Read ahead to know more. 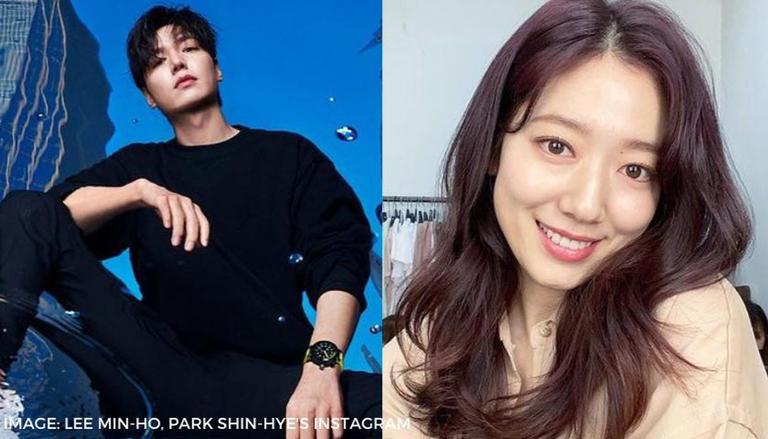 
The Heirs also known as The Inheritors, is a 2013 South Korean television series starring Lee Min-ho and Park Shin-Hye in the lead roles among others and their on-screen chemistry was loved by fans. Lee Min-ho celebrates his 34th birthday on June 22, 2021, and on the occasion of Lee Min-Ho's birthday, let’s take a look back at what Park Shin-Hye had to say about the bond that they share. She had also revealed her nickname for Lee Min-ho.

During the press conference of The Heirs, Park Shin-Hye had revealed that she has known Lee Min-ho long before they starred together in the show. As reported by Soompi, Park said that she first met Lee back in 2009 when they were modelling for a make-up brand. It was too bad that as soon as they got comfortable with each other, the shooting had to end. She also admitted that she called him a “schoolchild.” She said that Lee’s personality is so great that she even teased him by calling him a schoolchild. They play around a lot so they feel totally at ease when they’re filming as well.

More about The Heirs

The Heirs cast also includes Kim Woo-bin apart from Lee and Park and is directed by Kang Shin-Hyo and Boo Sung-Chul. The show aired on SBS from October to December 2013. The story of the show revolves around Lee who played the role of Kim Tan, a member of a rich family, who falls in love with Park’s character Cha Eun-sang, the daughter of their family's house help. The show consists of 20 episodes and has an IMDb rating of 7.5 out of 10.

A look at Lee Min-Ho's shows and films

Lee Min-ho is known for appearing in shows such as Personal Taste, City Hunter, Legend of the Blue Sea, The King: Eternal Monarch and more. Apart from shows, he has appeared in films such as Gangnam Blues, Bounty Hunters and more. He will soon be seen in the show named Pachinko which is based on the novel of the same name by Min Jin Lee. The show also stars Jin Ha, Anna Sawai, Minha Kim, Soji Arai and Kaho Minami.

WE RECOMMEND
Lee Min Ho's agency MYM Entertainment warns people of actor's impostors on social media
From Lee Seung Gi to Marco, Korean stars who amazed fans after confirming dating rumours
Lee Min Ho shares few pictures of his trip in Vancouver, thanks fans for their support
Lee Min-ho leaves fans gushing as he waves at them from 'Pachinko' shooting location
Lee Min Ho talks about his role in 'Pachinko' & the motivation behind his YouTube channel