"Tony, Natasha Sacrificed Their Life For This,'' Question Angry Fans After Loki Episode 1

A scene in Loki episode 1, featuring the Infinity Stones, has gotten the fans of the MCU angry over the unnecessary deaths in the past Marvel movies 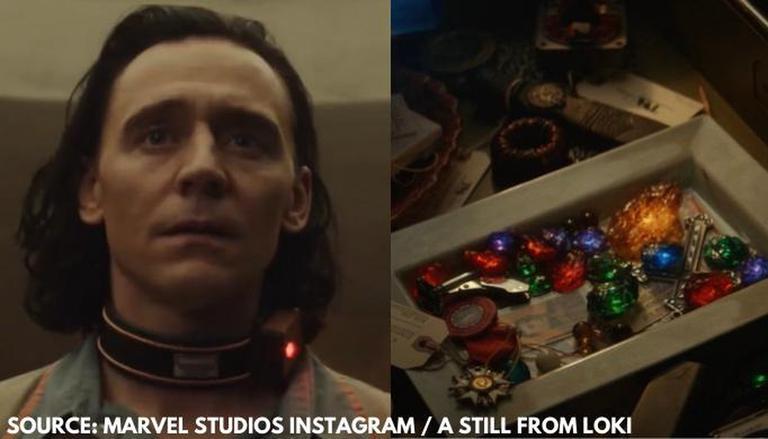 
The first episode of the Loki series premiered on June 9 and right from its beginning, the series has sent the audience and the fans of the Marvel Cinematic Universe into a frenzy. Loki episode 1 features a scene, wherein Loki stumbles upon what used to be the most powerful objects in the Marvel Universe - the Infinity Stones. However, the background of the Stones in this series is what is making the audience and the fans angry. They have taken to Twitter to call out the TVA and express their anger.

The first episode of the Loki series begins in the 2012 timeline of the Marvel Cinematic Universe. In Avengers: Endgame, when the Avengers travelled back in time to 2012, and Loki got his hands on the Space Stone, enclosed in the Tesseract, he escaped via a space portal. This misadventure of his took him to an alternate timeline, where he got arrested by an organisation, called the Time Variance Authority, or the TVA, who also seized the Tesseract from him.

While trying to escape from TVA, Loki tries to search for the Tesseract, in a drawer, where he finds something that is a thousand times more exciting - multiple Infinity Stones just lying around with some other random objects. There are multiple Space Stones, Reality Stones, Power Stones, Time Stones, and one Mind Stone, lying in the drawer. Shocked at this sight, Loki asks a TVA worker how he got these stones, to which, the worker casually answers that there numerous Stones just lying around, sometimes being used as paperweights. Loki realises that since the TVA exists out of the boundaries of time and space, the Infinity Stones do not have any power there.

Netizens show anger towards the TVA

While this revelation about the Stones excited Loki, it enraged the audiences. It's because they realised a different thing - all the MCU deaths, like that of Tony Stark, Natasha Romanoff, Vision, and Gamora (in the 2018 timeline), were useless because the TVA could have intervened Thanos’ mission instead of keeping the Stones as paperweights. Take a look at some of the tweets from the audience:

This is how the TVA be seeing the Infinity Stones pic.twitter.com/zMwVRKcloA

#Loki spoilers
.
.
.
.
.
.
Tony, Vision, Gamora and Natasha reactions when they find out that the infinity stones they sacrificed their lives for are being used as “paperweights” by TVA pic.twitter.com/WhQYd4dRZz

so wanda and vision went through all this just for the TVA to have extra infinity stones in a cabinet? pic.twitter.com/sHhmqxCJ9J

// #Loki spoilers
-
-
-
-
-
no cuz the way my mouth dropped when i saw the drawer FULL of infinity stones pic.twitter.com/Pb20nptZms

TVA: have a box with infinity stones
Tony, Natasha, Gamora and Vision:#Loki pic.twitter.com/3uB0nexuyT

#Loki Spoiler!!!
-
-
-
-
TVA got a bunch of infinity stones… Tony and Nat in heaven questioning their whole life decisions… pic.twitter.com/KCRmwqHSGJ

Starring Tom Hiddleston as Loki, Owen Wilson as Agent Mobius, Gugu Mbatha-Raw as Ravonna Renslayer, and Wunmi Mosaku as Hunter B-15. The Loki web series premiered on Disney + Hotstar, on June 9 with episode 1. The rest of the episodes will release every Wednesday.