Vidya Malavade recently talked about her new show, Bamini Boys, and discussed how her character in the show is very different from her off-screen persona. 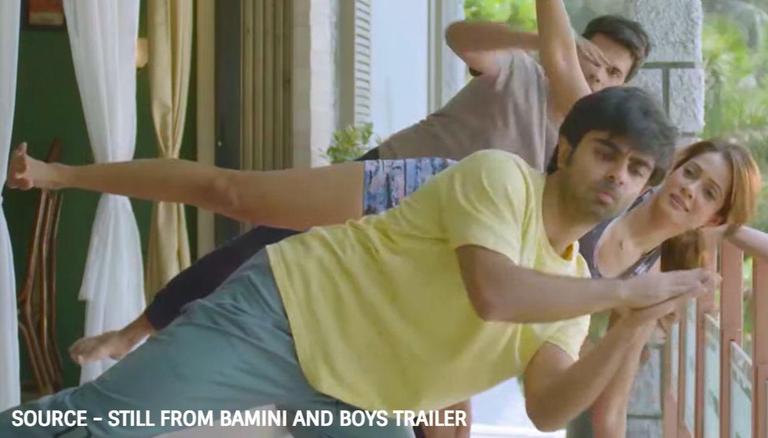 Vidya Malavade's web show, Bamini and Boys, is about three boys who rent a flat out of their budget from an attractive woman (Vidya). Bitten by the love bug, they compete to woo her, only to land in hilarious situations. The Bamini and Boys cast includes Akashdeep Arora, Rishab Chadda, and Anuj Pandit as well.

Vidya Malavade discusses the 'Bamini and Boys' cast and more

While speaking about her experience with the cast, Vidya also mentioned how working with them was fun. She also spoke about how the show is a "comedy riot" with Bamini and the boys. She also mentioned how she hopes that the viewers enjoy her show as much as she did, while filming it. Vidya Malavade also described her character Bamini as gorgeous, generous, ambitious, and fun-loving among other things.

She also mentioned how her character is gorgeous and, uses it to her benefit, however, is humble nonetheless. She also spoke about how Bamini is a single mother and how playing the role has been a "fun roller coaster ride" as she hasn't had the pleasure of playing an animated character like that before. Bamini and Boys, features daily episodes each ranging between 10-12 minutes on Disney+ Hotstar.

READ | 'Surya' web series cast: All you need to know about this new YouTube series

Vidya Malavade talks about the show

READ | Web Series like Jack Ryan you must watch if you love political thrillers; Here's a list

While speaking about the release of the show during the pandemic, Vidya spoke about how people need a laugh in times like these. She also mentioned how people have to inevitably stay home and stay safe, and how she hopes her show will bring some "positivity" and "laughter". She also spoke about how she feels blessed to be able to entertain people even in grave times like these.