Violence on Aashram's sets in Bhopal prompted condemnation by film associations, who asked the authorities to take strong action against the perpetrators. 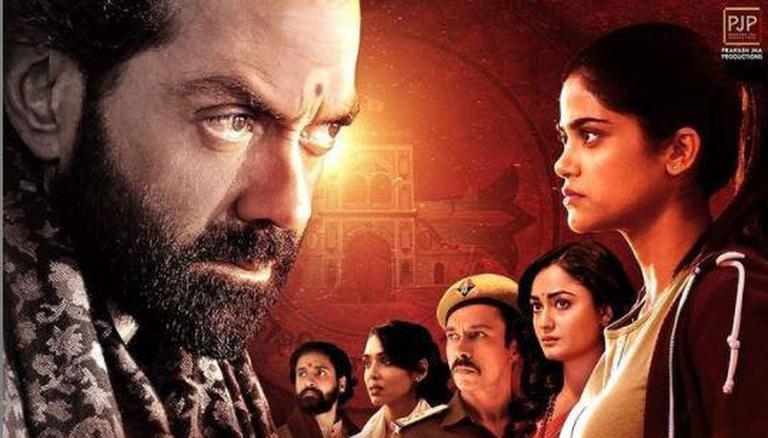 
Film associations came out in support of director Prakash Jha and his team of Aashram after the violence started on the sets of the Bobby Deol-starrer series in Bhopal. The Indian Film & TV Directors' Association (IFTDA), Federation of Western India Cine Employees (FWICE), and Producers Guild of India 'strongly condemned' the attack on the filmmaker and the crew over its content.

Prakash Jha was roughed up and his face was blackened in an ink attack by activists of the Bajrang Dal, who also chased the members of the cast and crew and were seen beating up one person with rods, in a video. They expressed their discontent over the plot of the series, of a godman actually being a conman and exploiting his devotees, including women. They said that it was an 'assault' on Hinduism and that the content shown on the series was 'defaming' the religion.

They also threatened the movie crew that they wouldn't allow the shooting to go on till they change the name of the series.

FWICE, in its statement, extended its support to the movie crew on behalf of all the workers, technicians, and actors of their association.

They also urged the government to take cognizance of the incident. In their statement, they shared that the safety and security of the members of the associations were at 'high risk.' The association also stated that they were looking for 'justice'.

The body said that such instances were 'increasing day by day' due to the 'ignorance' by the concerned authorities.

"The FWICE is and always stand strongly witht the Producer/Director and their crew members and extend all its required support to eradicate such happenings from the otherwise peaceful country", their statement read.

. @fwicemum strongly condemns the attack on the sets of web series ' #Ashram ' in Bhopal and the derogatory language and threats passed on to the Producer/Director #PrakashJha and the cast & crew members of the web series. pic.twitter.com/egaK4uIJvE

The Producers Guild of India also condemned the incident and hit out at 'brazen acts of violence, harassment and vandalism.' It stressed that it was not the first time that this was happening, and that both shooting or screening of films has been 'severely and illegally disrupted by various elements with impunity.'

It then highlighted the contribution of the film industry to local economies, employment, and tourism. They also urged the film units to provide safety for their crew, while also urging the authorities to take action against the perpetrators.