The songwriters of 'WandaVision' shared that they wanted Agatha to have a grand sequence. They mentioned that they wished they took inspiration from 'Thriller' 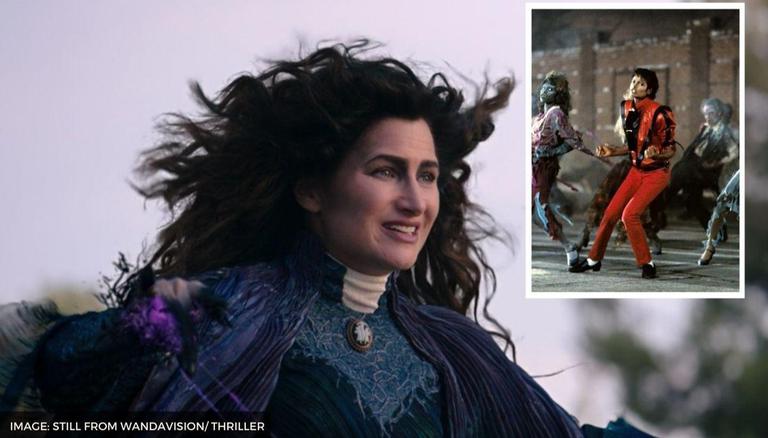 Image: Still from WandaVision and Thriller


The Marvel miniseries WandaVision first premiered on January 15, 2021, on Disney+ Hotstar. Recently, the songwriters of WandaVision opened up about the regrets they have after the show aired. They wished they had taken inspiration from Michael Jackson’s Thriller for one of the sequences. Take a look at what the songwriters had to say about WandaVision's songs.

WandaVision was never intended to be the starting point for Phase 4 of the Marvel Cinematic Universe. The coronavirus (COVID-19) pandemic forced Marvel to change its strategy. WandaVision, as it turned out, arrived just in time for fans. But it doesn't mean the show's creators don't have any regrets. According to Rollingstone, Oscar-winning songwriters Kristen Anderson-Lopez and Robert Lopez mentioned that they could have made a few additions to the song Agatha All Along.

Among WandaVision's many original songs, this stood out. Agnes aka Agatha played by Kathryn Hahn reveals her real identity as series antagonist Agatha Harkness in the concluding minutes of episode 7 with the song Agatha All Along. The tune, which was inspired by eerie TV themes like The Munsters and The Addams Family, got a lot of attention and became a hit tune on the iTunes and Billboard charts. They wish they had proposed that when Agatha had control of the entire town, she made them do some sort of Thriller scene. If they had anticipated how well the songs would perform, they felt that they could have planned a grand conclusion.

The show created by Jac Schaeffer is based on  Marvel Comics characters Wanda Maximoff aka Scarlet Witch and Vision. Elizabeth Olsen and Paul Bettany reprise their roles as Wanda Maximoff and Vision from the movie franchise, respectively, along with Debra Jo Rupp, Fred Melamed, Kathryn Hahn, Teyonah Parris, Randall Park, Kat Dennings, and Evan Peters. WandaVision is a prelude to the movie Doctor Strange in the Multiverse of Madness that will release in 2022. It is one of the upcoming Marvel movies along with Black Widow, Thor: Love and Thunder, Spider-man: No way Home, Eternals and Black Panther: Wakanda Forever.

READ | 'WandaVision': Know all about the storyline that makers couldn't adapt for the hit show

Image: Still from WandaVision and Thriller

READ | Paul Bettany aka Vision reveals one of his greatest initial regrets regarding WandaVision
READ | WandaVision: How does the post-credit scene exactly hint at Wanda's growth? Read here