What Happened To Butch From 'Teen Mom'? Know More About Tyler Baltierra's Father 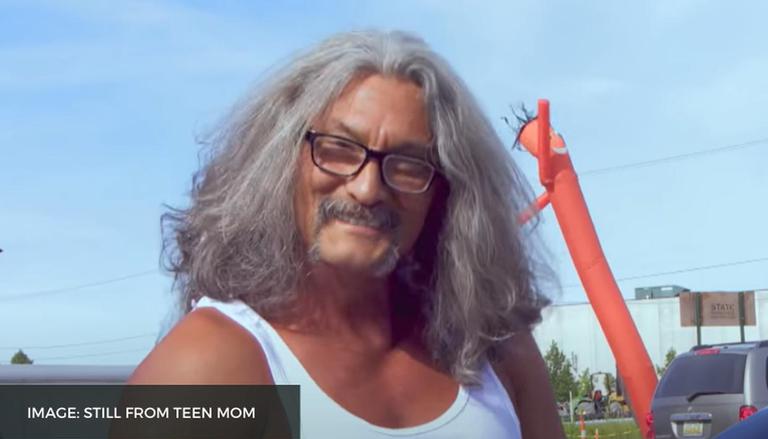 
Teen Mom star Butch Baltierra has faced a lot of ups and downs. The show's fans have seen Baltierra battling alcoholism. In an episode of Season 7, Butch's son, Tyler Baltierra was seen dropping off his 57-year-old father at a rehabilitation centre after relapsing. Since then fans have wondered what happened to Butch from Teen Mom?

What happened to Butch from Teen Mom?

Butch Baltierra is the father of Tyler Baltierra, the original star of Teen Mom. In the series, he was seen battling his alcoholism. After a long period of sobriety, the 57-year-old ended up relapsing. In an episode of Teen Mom 2 star Kailyn Lowry's podcast Coffee Convos, Tyler Lowry spoke on his father's relapse.

He claimed that his father had gone back to his old habits and was hoping that Butch would sober up. Butch Baltierra spoke up about his addiction on an episode of Teen Mom, a few weeks after his son Tyler celebrated his sobriety. He claimed to be striving hard to not go back to alcoholism and said, "I turned 57... and I’m getting old. I damn sure ain’t going back to prison, I know that!" For the unversed, Butch has been arrested many times on the charges of larceny, home invasion, being involved in drugs and more.

In August 2019, Catelynn Baltierra, Butch's daughter-in-law and Tyler's wife told InTouch Weekly that the family was not in constant touch with Butch. She said that while she and Tyler cared for Butch, they no longer wanted to act as his parents. She told the interviewer that the couple loved Butch very much but they believed that as an adult he should make his own decisions and live with them. She said that the family would always be supportive of Butch and his decisions.

According to a report by Champion Daily, Catelynn confirmed that the family had reduced their contact with Butch. During the interview, which was conducted on September 22, 2020, she said that the family wasn't very involved in Butch's life anymore. She further added that Butch was "doing his own thing". They didn't even know about Butch's sobriety status.

She said that the family believed in Butch and his potential and that they knew that he was okay with who he was as a person. She revealed that Butch, who wanted to meet his granddaughters, hasn't yet met either Vaeda or Nova, Tyler and Catelynn's daughters. She told the interviewer that Tyler's sister, Amber, who also struggled with sobriety had cut off ties with Butch.

READ | Teen Mom's Mackenzie Mckee apologises for her racist comment against Kamala Harris
READ | What did Mackenzie from 'Teen Mom' say that was offensive? Read all you need to know