What Happened To Caleb Kennedy On 'American Idol 19'? Find Out The Details Here 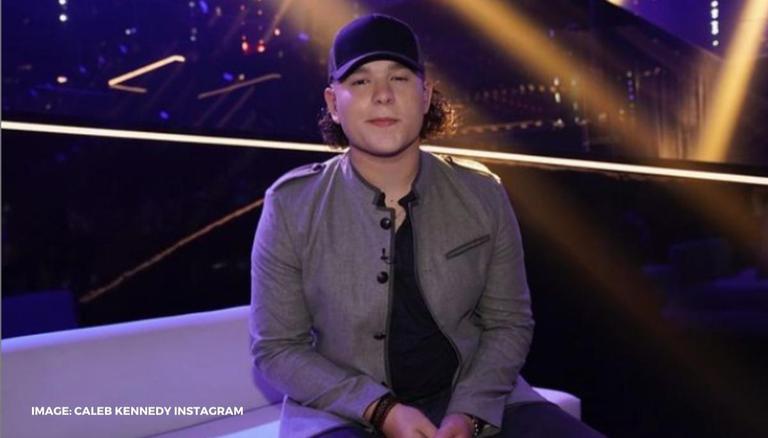 
The latest episode of American Idol 19 on Sunday was supposed to feature the top five singers performing the songs sung by their respective idols. However, only four performed as the fifth contestant Caleb Kennedy was missing from the mix after a video of him recently received attention and portrayed that he had a racist mindset. Read along to know more about the episode and what Caleb’s family had to say.

What happened to Caleb Kennedy on American Idol?

The recent episode which went live on Sunday, May 16, 2021, featured the remaining four contestants who put forward their best game with the guidance of guest mentor Finneas O'Connell who is a singer, songwriter and record producer. Caleb’s absence was evident, and it came after an old Snapchat video of the 16-year-old contestant was shared on social media platforms. Ryan Seacrest, who hosts the show didn’t really address the topic on-air and just notified about Caleb not being a part and said, he “will not be continuing in the competition;” even though he was a part of the top 5.

According to USA Today, the post that has caused the trouble is a Snapchat video in which Caleb appears next to someone, who was wearing a Ku Klux Klan hood. The group which also goes by the name KKK is a white supremacist hate group. Caleb’s mother, Anita Guy says that the video was shot when he was just 12 years old and also said that it was taken after Caleb watched the movie, The Strangers: Prey at Night and both him and his companion were imitating characters from the same. Anita also added that Caleb is not racist at all.

The judges of American Idol, Lionel Richie and Luke Bryan have also shared their thoughts about this controversy regarding Caleb in a virtual Q&A session that took place after the show. They said, “First and foremost, as judges and as a judges panel, we love these kids, and we get emotionally involved”. Further adding that they wish the best for Caleb and his future endeavours and that the upcoming week will be extremely challenging and upsetting after Caleb’s absence.

READ | What happened to Just Sam on American Idol? Know all about the singer
READ | Chris Martin baffled by 'American Idol' contestant's version of 'In My Place'
READ | Racist attacks revive demand for Asian American Studies
READ | 'I was being levitated': American man claims to have a witness of his 'alien abduction'
READ | Katy Perry brings 'red hot drama' on 'American Idol' sets, fans call her look "electric"