What Happened To Josh And Shannon On Love Island? Why Did The Couple Leave The Show?

'Love Island USA‘ is a popular reality dating show in which a group of individuals enter a villa on the shores of paradise to live in isolation & couple up. 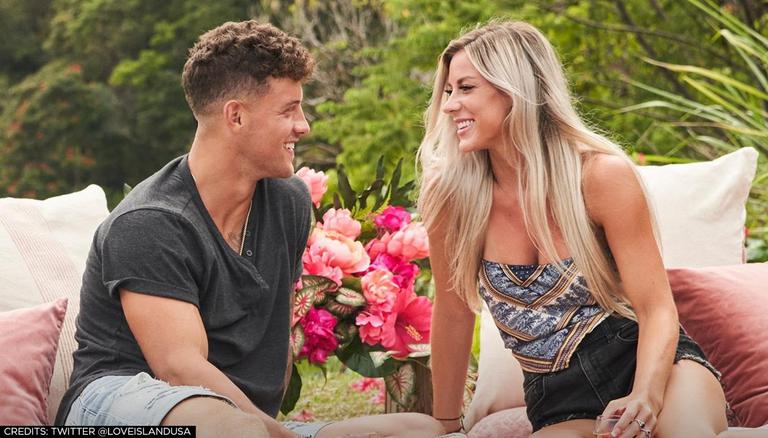 
'Love Island USA‘ is a popular reality dating show in which a group of individuals enter a villa on the shores of paradise to live in isolation, couple up, and maybe find true love and win the $100,000 big prize. It's practically unheard of for love partnerships to have such a large influence on viewers and improve for one another in such a short amount of time. Josh Goldstein and Shannon St. Clair, on the other hand, managed to do just that, only to exit season three in week five. So, what is the reason for their departure?

What happened to Josh and Shannon on Love Island

Josh Goldstein, 24, married Shannon St. Clair, 25, at the start of the season and worked hard to disprove practically everyone's assumptions about their relationship. Due to their trust issues and blown-out conflicts, no one thought this couple would endure, but his actions proved just how determined he was to be better for her. Josh repeatedly stated that he had no intention of lying, cheating, or purposefully harming Shannon in any way. As a result, he gradually won her heart.

Josh and Shannon quickly became fan favourites and were crowned the "strongest couple" on the August 4, 2021, show, when they embarked on their first formal date (a zip lining adventure). After all, not only did Shannon admit that she was "on cloud nine" and that she "could completely imagine" a future with Josh in the real world, but he went even farther and asked her to be his girlfriend. They were the frontrunners in this series due to their growth, passion, and decision to always be loyal, but they had to depart.

Why Did the couple Leave Love Island?

The participants awoke to discover Josh and Shannon's bed vacant on the August 5 episode, following a fun night throwing a welcoming party for new Islanders Andre Brunelli and K-Ci Maultsby. Josh then came in with his partner to say that they had decided to depart since he had received the heartbreaking news the night before that his sister had died. Of course, he preferred to stay with his family at this difficult time, but Shannon, to her credit, decided to follow her new boyfriend to assist in any way she could. Finally, they parted ways hand-in-hand.

Josh had broken down during the programme while informing his fellow Islanders what had happened. He admitted that he was doing ‘Love Island' because of his sister, Lindsey Beth. As a result, she was not only the driving force behind all of his good deeds, but she was also the lone person responsible for assisting him in finding new friends and Shannon. Everyone has expressed real concern for Josh and his family in the wake of this tragedy, with the official social media accounts of ‘Love Island USA.'

READ | Piers Morgan slams Love Island 2021 viewers; Fans of the show ask him to 'Get a life'

WE RECOMMEND
What happened to Noah on 'Love Island'? Find out if he left the dating show
'Love Island' fame Shannon Singh reveals her DMs are filled with messages from footballers
'Love Island USA' Season 2: Are Cely and Johnny still together?
'Love Island South Africa' accused of failing to represent diversity of rainbow nation
'Love Island' maker cites 'logistical difficulties' for not bringing in LGBTQ cast members