What Happened To Regina On 'Mom'? Know About Octavia Spencer's Character In CBS Sitcom

What happened to Regina on Mom? Know about Octavia Spencer's recurring character, who appeared from season 1 to 3 as Bonnie and Christy's fellow AA member 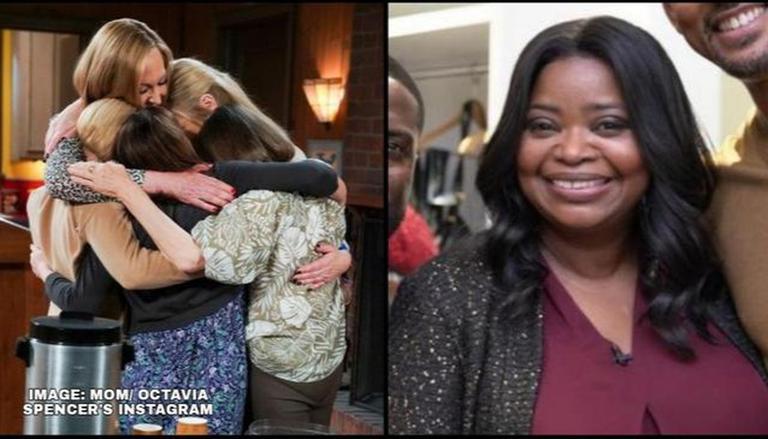 
The eighth and the final season of the sitcom Mom premiered on CBS from November 5, 2020, to May 13, 2021. The sitcom followed the life of single mother Christy Plunkett, played by Anna Farris, who battles from alcoholism and drug abuse just like her mother Bonnie, played by Academy Award winner Allison Janney. Christy has two children and restarts her life working in California as a waitress while looking after family and attending Alcohol Annonymous meetings. Amidst the first three seasons, the show featured Octavia Spencer as Regina Tompkins who is a fellow AA member. Know what happened to Regina on Mom and why she exited from other characters' lives.

What happened to Regina on Mom?

Octavia Spencer first made her appearance in Mom in the fifth episode of season 1 titled "Six Thousand Bootleg T-Shirts and a Prada Handbag". She attended an Alcoholic Annonymous meeting and got in conversation with Bonnie and Christy. Christy was struggling with some financial problems at the time and she reached out to Regina when she found her crying. Regina claimed she was not an alcoholic but it was revealed later that she not just had an alcohol problem but also struggled with drug addiction.

Regina worked as a money manager and she had embezzled over $3.5 million from her clients. Her scam got exposed and police came looking for her and as a result, she turned to Plunktetts for help. She stayed at Christy's house and told her she had hidden some of the money someplace where even the feds would not find out. She offered money to Christy to resolve her financial problems but Christy refused it. The police eventually caught Regina in the 9th episode "Zombies and Cobb Salad" and in the 19th episode, it was revealed that Regina was found guilty and was sent to a Women's prison for 4 years.

Regina then made an appearance in the second season's 16th episode, "Dirty Money and a Woman Named Mike", in which she was granted early parole. Christy and Bonnie get shocked to see the drastic change in Regina after her prison time. Regina considered herself reborn after coming out of prison and she restarted her life as a bookkeeper and moves in with Jill Kendall played by Jamie Pressly. In season 3, Reginna struggled to stay alone after moving out of Jill's mansion to her own apartment. Regina was last seen in the third season's 6th episode, "Horny-Goggles and a Catered Intervention", in which she told Christy and Bonnie that she no longer considered herself as an alcoholic and drank wine in moderation.