Episode 9 of 'WandaVision' introduced the fans to a new form of Vision, the White Vision. What happened to White Vision at the end of WandaVision? Find out. 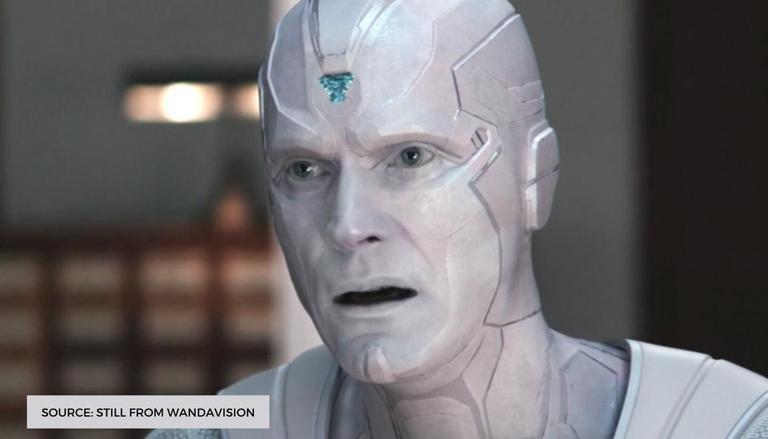 Episode 9 of WandaVision introduced viewers to a new form of Vision in the form of White Vision. He was made out of the reconstructed body of the original Vision who died in Avengers: Infinity War. In the final episode, we saw the two Visions, the White Vision and the Westview Vision battle it out. By the end of the episode, they'd settled their conflict peacefully. What happened to White Vision?

What happened to White Vision?

Also Read: Will There Be Wandavision Episode 10? Episode 9 Has A Mid-credits And Post-credits Scene

Where did White Vision go?

After the fight between the two Visions and the eventual resolution, White Vision flew into the air and disappeared. It's not explained in the episode where he went, but it's safe to say that after regaining his memories, he is faced with an existential crisis. It's highly possible he going to seek out answers to his identity. Fans were left with an important question at the end of the episode. Why didn't White Vision help Wanda when she was fighting Agatha? Well, to answer that question, we'll have to take a look at the history of Vision in Marvel comics.

Also Read: Will There Be WandaVision Season 2? Director Shakman Opens Up About WandaVision's Plans

Also Read: WandaVision Theory: Is Wanda Going To Bring The X-Men To The MCU?