Where Was 'Avrodh The Siege Within' Filmed? Details On Locations Shown In The Series

Where was Avrodh The Siege Within filmed? Have a look at the multiple places showcased in the web series along with all the necessary details. Read ahead.

Avrodh the Siege Within is an action series which released on SonyLiv on July 31, 2020. The plot of the series focuses on the happenings around the surgical strike by the Indian Army on September 29, 2016. The show has been gaining a lot of attention for its intriguing plotline and performances. Most of the scenes in the series have been shot at different locations in Jammu and Kashmir catering to the premise.

Where was Avrodh the Siege Within filmed?

Avrodh the Siege Within is a new web series which is based on the Indian Army and how the Surgical Strike of 2016 was executed. The show has been majorly shot in various locations at Jammu and Kashmir and Delhi. According to a report by a leading daily, parts of Avrodh the Siege Within was shot at Raisina Hill in New Delhi which is where the Rashtrapati Bhavan is situated. The official residence of the President of India also lies in this area. Avrodh filming location also includes the Sukhdar Village of Jammu and Kashmir, where a major chunk of the series was recorded. Avrodh location has a lot to with the India and Pakistan border as it showcases the events that occurred at the LoC of PoK. A few parts of Srinagar have also been showcased in various parts of the show, Avrodh the Siege Within.

Avrodh the Siege Within is an action series that was directed by Raj Acharya. The show throws some light on the planning and the execution process that went into pulling off the major mission. The show has nine episodes of thirty minutes each and features actors like Amit Sadh, Neeraj Kabi, Vikram Gokhale, and Madhurima Tuli in pivotal roles.

A few of Avrodh shooting locations are major tourist spots in India. Raisina Hill of New Delhi is a significant place in the capital that attracts a huge crowd as people wish to see the places that are directly linked with the Indian government. Srinagar, on the other hand, is known for its natural beauty and stunning locations. The hilly areas of Srinagar have been a popular tourist spot in India for quite a few years. 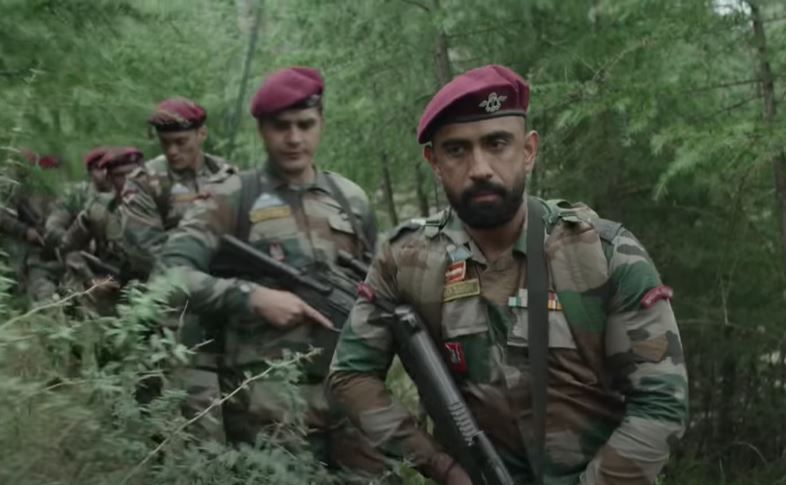 WE RECOMMEND
4 days ago
'Avrodh' Cast: Details about all significant actors and characters from Sony LIV Show
LATEST NEWS
View all
4 hours ago
Arbaaz Khan's career Net Worth is more than his last film 'Dabangg 3's' BO collection
3 hours ago
'The Bachelorette' star Ali Fedotowsky dated THIS season 6 contestant secretly
5 hours ago
'The Umbrella Academy' season 2: Here’s how the season ending matches the comic
1 hour ago
Debby Ryan's fans call her 'iconic' after she recreates her own looks in a video
4 hours ago
Kunal Kemmu's 'Lootcase' earns praises from Varun Dhawan, Nidhi Singh & other celebs