Where Was 'Master Of None' Season 3 Filmed? Here Are The Shooting Locations

The third season of Emmy-winning comedy-drama, 'Master of None', premiered on Netflix on May 23. Know where was Master of None season 3 filmed. 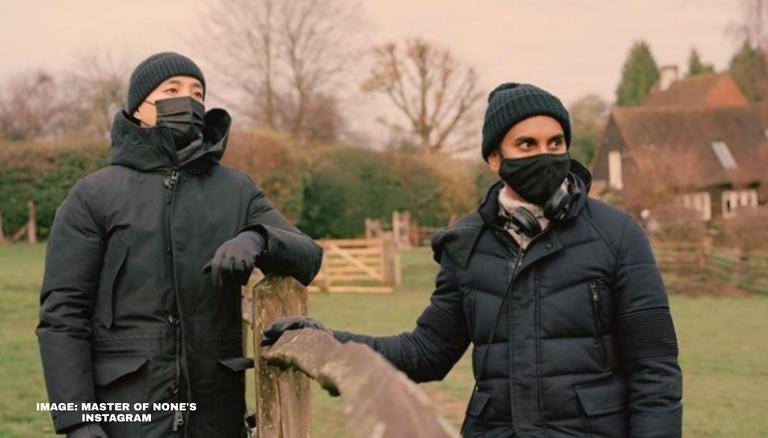 
The third season of Emmy-winning comedy-drama, Master of None, premiered on Netflix on May 23. The series follows the professional and personal life of 30-year-old Dev Shah, played by Aziz Ansari, whose life goes by in a humorous, yet meaningful sequence of events The second season, which took place in Italy, ended with Dev's success with his new lifestyle show with TV star Jeff going downhill when Jeff is accused of harassing female crew members for many years. Know the filming locations of Master of None season 3:

Where was Master of None season 3 filmed?

According to Netflix Life, the primary location for the third season of Master of None is London. The principal photography for the third season commenced in 2020 and a handful of scenes were shot during the spring. Due to the COVID-19 pandemic, the shooting was halted for almost a year and it resumed in 2021. The third season shooting sequence ended in April 2021.

While the third season is set at Denise and Alicia's house in New York, the scenes were filmed using both locations of NYC as well as London. There were special sets built for shooting and few outdoor scenes were also shot in different parts of London.

READ | 'Special' season 2 cast: List of actors and their characters in this Netflix comedy series

Emmy award-winning Production Designer Amy Williams took to her Instagram handle three days ago in which she had shared the pictures of the interior of the set of NYC apartment in the series which is located at in London. Apart from the bedroom, home library, bathroom, corridors, and other parts of the apartment, the NYC street, and small park were also part of the set in London.

READ | 'Who Killed Sara': Will there be a season 3 of Netflix's crime drama series?

Filming locations of Master of None Season 2

The second season of Master of None was largely shot in various locations of Italy. According to Architectural Digest, Dev and Arnold travel to Pienza in the Tuscan countryside in episode two. For the shoot around Italy, they went to the lesser-known places like the north to Bergamo, Puglia, and some places along Amalfi Coast.

Co-creator Alan Yang told the magazine that they felt Modena was a great fit for their series and Aziz visited the place and stayed for a month. Dev befriends a woman named Francesca, played by Alessandra Mastronardi, during his time in Italy. Since she had a keen interest in art they were seen walking Brooklyn Ary Mussuam during Judy's Chicago's Dinner Party. Dev and Cheff Jeff were shown sharing meal at an Indian restaurant which is actually located in Greenpoint, Brooklyn.

READ | 'Master of None Season 3 sounds like a terrible idea on paper': Aziz Ansari