Who Is Nick Married To In 'The Handmaid's Tale'? Know What Is Mentioned In The OG Novel

After the latest episode, fans started wondering who is Nick married to in The Handmaid's Tale? Here's how Nick got married in the show and to whom in the novel 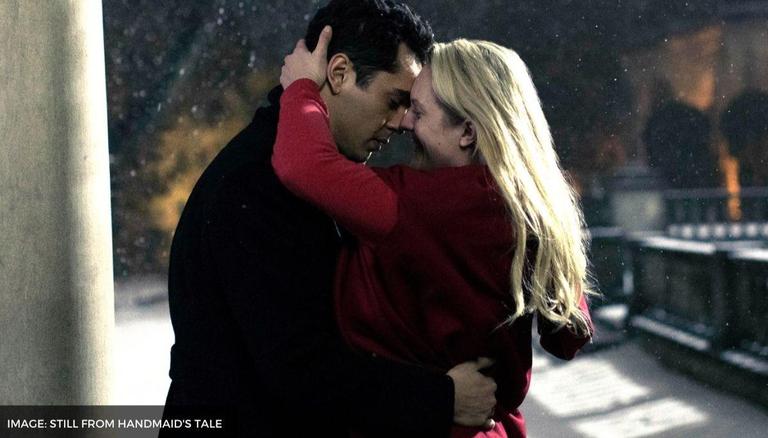 Who is Nick married to in The Handmaid's Tale?

In Season 4 Episode 9, towards the end of June and Nick's reunion, he puts on a wedding ring as June goes back to her waiting car. Nick and June are romantically involved in the show and have to face various obstacles to be together. June is unaware of Nick's alleged wedding which has left the fans shaken. This mean Nick is still deep in Gilead's trenches, and he will most likely only rise to prominence as a leader.

It's difficult to say who is Nick married to in The Handmaid's Tale. It is the Gilead way to marry and start a conventional family. So Nick could only hold out for so long before he was effectively ordered to marry. But now that he's married, whether fans like her or not, he has her blood on his hands if he jeopardises his future in Gilead for the sake of June.

While talking about Nick's wife in The Handmaid's Tale, the writer and producer Eric Tuchman told Entertainment Weekly that when Nick encounters June in Episode 9, he may have been married for a long time or just a few months. He mentioned that the major point is that he got married in Gilead. Nick is most likely at the top of the list of most qualified commanders. He's a rising power player. He's a mysterious and attractive man. And Gilead insists on its interpretation of traditional family values. As a result, Eric exclaimed that Nick couldn't stay single for long.

READ | How many episodes are there in 'The Handmaid's Tale' season 4? Here are details

Who is Nick's wife in The Handmaid's Tale novel?

In the book, there are some disturbing stories about marriage in Gilead. All of their wives, whom they are meeting for the first time, are children, no older than 15 years old. In Nick's instance, he finds himself married to Eden, played by Sydney Sweeney in the show, who is 15 years old and completely committed to her country's values. However, the show has not confirmed any such details yet.